Relevance up to 13:00 UTC+2 Company does not offer investment advice and the analysis performed does not guarantee results.

Bitcoin began Thursday morning with a spectacular 2.5% rise, and by the time of writing, its value is balanced at around $24,100.

According to digital asset price tracking website CoinMarketCap, over the past 24 hours, the lowest value of bitcoin reached $22,930, and the high was $23,359. 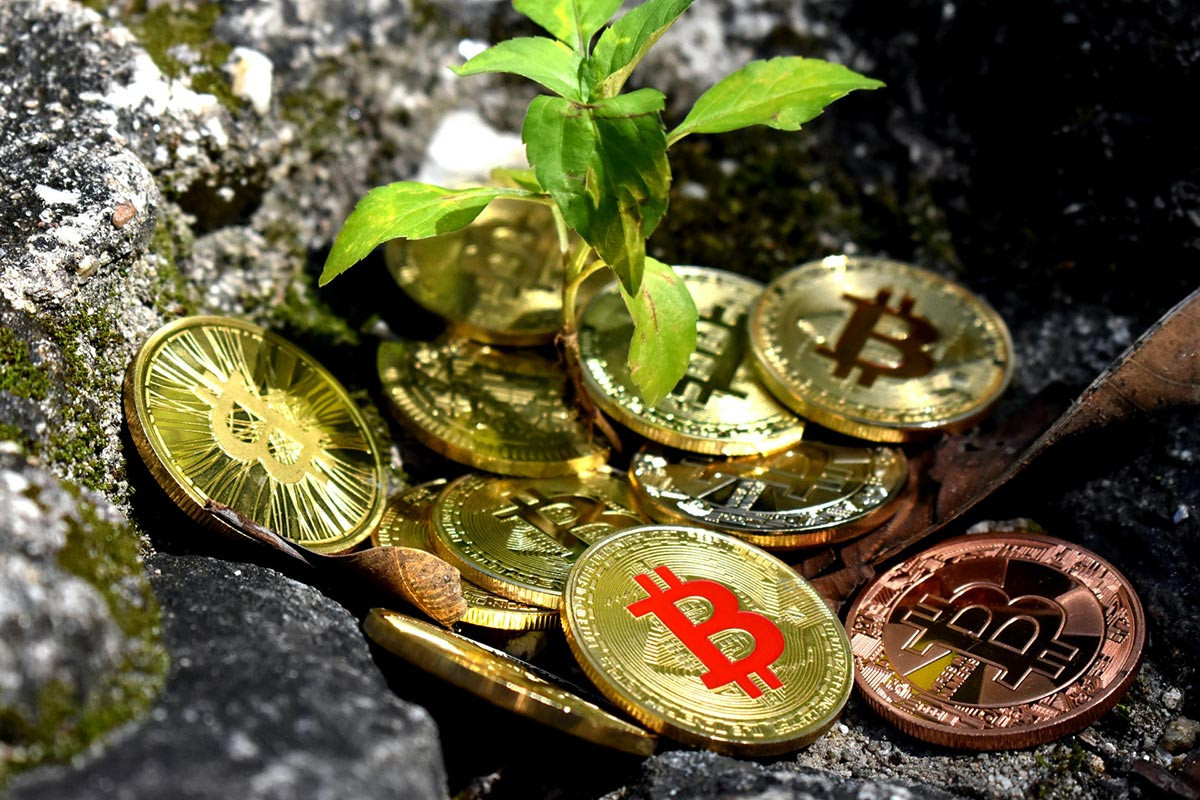 At the same time, the last seven-day period turned out to be extremely unsuccessful for the BTC, unlike the previous two weeks of growth. The main coin showed low activity and weak bullish momentum during the seven previous trading sessions. All this time, the value of bitcoin has been balancing near the $23,000 mark, trying in every possible way to soar towards the next round level, but it has not been able to make a significant breakthrough. As a result, at the close of the session on Sunday, the coin was trading around $22,973 with an intra-weekly drop of 3.13%.

The main reason for bitcoin's negative dynamics last week, experts call the suspension of the growth of US stock indices. So, only by the end of Friday, the stock indicators of the S&P500 and NASDAQ sank by 0.16% and 0.5%, respectively.

By the way, since the beginning of 2022, analysts have increasingly begun to emphasize the high level of correlation between the US securities market and virtual assets against the background of intense expectation by both of the consequences of the geopolitical conflict in eastern Europe and the next steps of the US Federal Reserve.

Earlier, analysts of the investment company Arcane Research have already stated that the correlation of BTC and technology securities has peaked since July 2020.

Such close parallels of bitcoin with US stock indicators, in particular with the NASDAQ index, make investors increasingly doubt the ability of cryptocurrencies to become a means of protection against inflation.

Bitcoin's main competitor, the Ethereum altcoin, started Monday's trading session with a sideways movement and by the time of writing the material is balancing at $1,711. Over the past day, the coin has lost about 0.9% of its value.

At the same time, last July turned out to be a month of permanent growth for altcoin, when its price rose by more than 50% – to the highest levels since mid-June - above $1,700.

The main catalyst for the July rise in the ETH price was a message from one of the project developers that the Ethereum blockchain could move to a new Proof-of-Stake algorithm that does not require the participation of miners, as early as mid-September.

As for cryptocurrencies from the top 10 by capitalization, over the past day, all coins, except for a number of stablecoins, were traded in the green zone. At the same time, the Solana digital asset showed the highest results here (+5.33%).

During the past week, all cryptocurrencies from the top ten, except for BNB and Polkadot coins, also lost in price. At the same time, the best results were recorded for the BNB coin (+6.65%), and the worst – for Solana (-9%). The spectacular fall in the value of Solana happened due to the fact that fraudsters gained access to the assets of users of this network. Later, the Solana team announced the theft of funds from users of the project.

According to the world's largest aggregator of data on virtual assets CoinGecko, over the past day among the top 100 most capitalized digital assets, the Oasis Network coin topped the list of leaders (+24%), and Decred (-10.3%) took the first place in the drop list.

According to the results of the past week, the Flow coin (+52.0%) showed the best results among the hundreds of the strongest cryptocurrencies, and the worst – DeFiChain (-16.4%).

According to the CoinGecko portal, over the past seven days, the total capitalization of the cryptocurrency market has exceeded $ 1.1 trillion, and the share of VTS has sunk to 40.4%.

The past July was the best for bitcoin in the last nine months. According to its results, the coin grew by 27% and closed trading at around $23,800. The first cryptocurrency showed a higher rate of increase according to the results of July only in 2012.

Traditionally, August is considered not the most favorable month for bitcoin. Over the past 11 years, the asset has completed its growth only in five cases and decreased six times. At the same time, the average increase was 26%, and the decrease was 15%. If the digital asset chooses the first scenario in August, it can end the month at $30,000, if the second one is about $20,000.

By the way, pessimistic sentiments can also be seen in today's forecasts of experts regarding the future of the cryptocurrency market for August. The main factors of pressure on asset quotes in the current situation, they call conflicts in the geopolitical arena (the Taiwan crisis, the aggravation of the situation in Serbia and the armed confrontation between Russia and Ukraine), the consequences of the struggle of world central banks with record inflation, the technical recession in America and the high correlation of the bitcoin price with the S&P 500 stock index.

Experts also call the permanent departure of serious market players who again choose investments in gold and other precious metals a significant factor of negative impact on cryptocurrencies.

The only catalyst for the growth of the value of digital assets in the long term, cryptanalysts call the elections to the US House of Representatives, scheduled for November 8.

Taking into account all of the above, the general forecast for bitcoin for August is extremely negative, while many experts do not exclude the risks of updating the price lows with the first cryptocurrency and bitcoin falling by 60-70%. If the main virtual coin breaks the $15,000 mark, analysts are sure, the entire cryptocurrency industry will begin to collapse. This, in turn, will cause a serious panic in the market and the flight of large players from virtual assets.

As for individual scenarios of cryptanalysts regarding the near future of bitcoin and the digital asset market as a whole, on the eve of the head of the investment company SkyBridge Capital Anthony Scaramucci said that the worst part of the bearish trend was left behind. The peak of this phenomenon, the expert believes, happened amid the collapse of the digital asset market caused by the bankruptcy of the Three Arrows, Celsius and Voyager cryptocurrency funds.

According to Scaramucci, in the short term, the value of bitcoin is unlikely to fall below the lowest level of $17,600. Recall that such a price indicator was reached on July 16 by the BTC quotes for the first time since November 2020, when the coin began to cost less than $18,000. Later, the head of SkyBridge added that the fair market value of the first cryptocurrency is about $40,000.

However, according to the American financier, in conditions of high volatility of the BTC and with an unstable macroeconomic situation, the cryptocurrency will need about 4-5 years to fully enter the phase of active growth.

Previously, the popular crypto investor Bob Lucas predicted a "real crypto winter" in the digital asset market in 2026. At the same time, Lucas is confident that before the next collapse of the virtual coin market, the bitcoin price will update the historical high.

The key factors influencing the behavior of bitcoin in the future, according to the company's analysts, will be the dynamics of the US stock market, as well as the monetary policy of the Fed. If the exchanges of America continue to decline, Arcane Research claims, the downward trend of bitcoin will continue.