The euro has started the week quietly, although there have important developments in the West’s sanction battle with Russia. On Sunday, G-7 leaders pledged to phase out or ban the import of Russian oil.

As the war in Ukraine continues, the West has ratcheted up its sanctions against Moscow. Some European countries, such as heavy-weight Germany, have been reluctant to embrace an outright ban on Russian oil, since 25% of Germany’s oil comes from Russia. The war has taken a toll on the eurozone economy, and there are concerns that a complete ban on Russian oil would tip Germany into a recession.  The G-7 commitment to “phase out” Russian oil is a compromise that will allow eurozone nations to find alternative sources as they cut back on Russian oil imports.

Despite the slowdown in eurozone growth, inflation in the bloc isn’t showing any signs of easing. In April, CPI remained at a record 7.5% YoY, edging up from 7.4% in March. The combination of rising prices and weaker economic growth has raised fears of stagnation and increased uncertainty about the economic outlook. This has taken a toll on the euro, which has plunged around 14% since June 1st.

The dovish ECB has been slow to respond to the new landscape in Europe, although there are more calls within the ECB to raise rates at least up to zero. On Monday, ECB Governing Council member Olli Rehn, who is head of the Finnish central bank, weighed in and urged the ECB to start raising rates in July. ECB President Lagarde cannot afford to continue ignoring soaring inflation and the ECB will have to hike rates in the coming months. 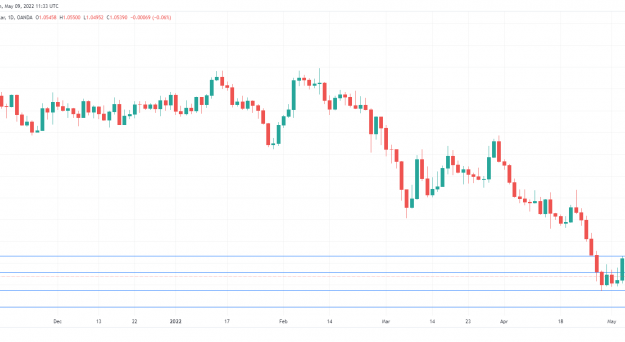