When Will Japanese Yen Wake Up!? USD/JPY: Bank of Japan did not become an ally of the yen | InstaForex

Relevance up to 12:00 2022-06-18 UTC+2 Company does not offer investment advice and the analysis performed does not guarantee results. The market analysis posted here is meant to increase your awareness, but not to give instructions to make a trade.

The yen is losing ground again. On the eve of the June meeting of the Bank of Japan, the USD/JPY pair tried to make a downward rush, breaking the lower limit of the range of 133.50–135.00. Rumors that the Japanese regulator would still decide to adjust its monetary policy towards tightening (at least by announcing the corresponding shifts) allowed the sellers of the pair to reach the level of 131.50.

In addition, the dollar was hit by a wave of sell-offs after the announcement of the results of the June Fed meeting. And although the Fed surprised the markets with a 75-point rate hike, the greenback became a victim of the trading principle "buy the rumour, sell the fact."

Due to the combination of these factors, USD/JPY bears approached the support level of 131.10 (the middle line of the Bollinger Bands indicator coinciding with the Kijun-sen line on the D1 timeframe). But the downward impulse quickly faded away. The US dollar index began to gain momentum again, and the yen was under pressure from the Bank of Japan, which summed up the results of the next meeting today. 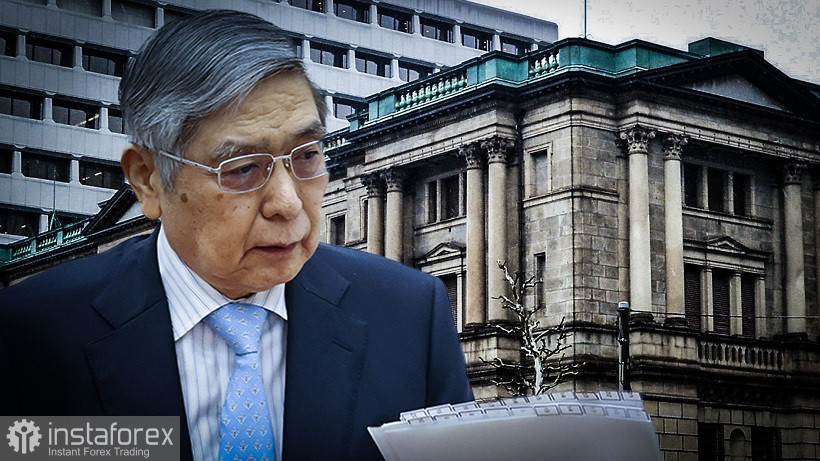 USD/JPY bulls have every chance to test multi-year price highs again in the medium term. Note that on June 15, the pair reached a 24-year price peak, marking 135.60. The last time the price was at such heights was back in 1998. After a short-term price decline, buyers again seized the initiative, reacting to the rhetoric of Bank of Japan Governor Haruhiko Kuroda.

Kuroda remained true to himself as he once again announced that the central bank would not follow the path of the Fed and most other central banks of the world's leading countries, which are tightening monetary policy parameters. At the same time, Kuroda repeated the mantra that his department would not hesitate to ease monetary policy "if necessary." Although "at this stage" he does not see the need for this.

On the one hand, such "dovish" results were predictable. Kuroda and most of the members of the Board of Governors are strong supporters of loose monetary policy. But on the other hand, Japanese inflation for the first time in many years exceeded the target levels, and this factor could affect the members of the central bank accordingly.

According to the latest data, the overall consumer price index in Japan has already risen to 2.5% (against the forecast of growth to 1.5%), the strongest growth since November 2014. The consumer price index excluding fresh food prices (the most monitored inflation indicator by the central bank) also showed positive dynamics, rising to 2.1%. The growth rate of this indicator has become the highest since March 2015.

However, even such long-term records could not change Kuroda's position. According to him, he plans to create conditions in the country's economy for stable inflation, while at the moment the increase in the growth rate of the consumer price index "is due to single factors, such as rising energy prices." Arguing his position, he recalled that consumer prices excluding food and energy increased by only 0.8% in annual terms. At the same time, he tactfully kept silent about the fact that this indicator left the negative area for the first time in many months. 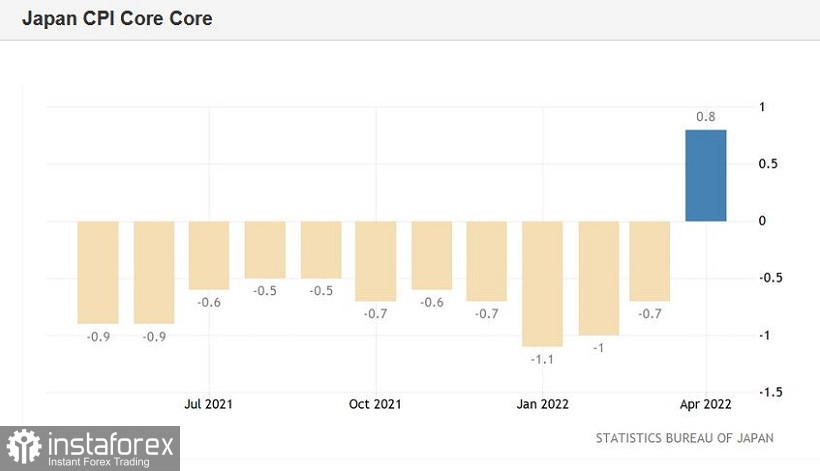 In other words, the Japanese regulator has maintained its dovish rhetoric, even despite the record devaluation of the national currency. The depreciation of the yen (paired with the dollar) to 24-year lows worried the head of the Bank of Japan, but "only in words." Kuroda said that the rapid weakening of the Japanese currency negatively affects the economy, but at the same time, "the authorities are not striving to achieve a specific exchange rate."

At the moment, the USD/JPY pair is approaching the borders of the 135th figure again. The yen is depreciating not only against the greenback, but also in many cross pairs (for example, GBP/JPY and EUR/JPY). The American currency, in turn, is strengthening its positions throughout the market against the backdrop of rising treasury yields and the "ultra-hawkish" results of the June Fed meeting. Considering the pace of the upward movement, we can assume that the buyers of the pair in the medium term will not only gain a foothold within the 135th figure, but also "swing" to the next price level.

The USD/JPY technical picture shows similar signals. On all "higher" timeframes (from H4 and above), the pair is either on the top or between the middle and top lines of the Bollinger Bands indicator. In addition, on the daily and weekly charts, the Ichimoku indicator has formed one of its strongest bullish signals. Therefore, it is advisable to use any corrective pullbacks to open long positions with the first target at 135.50. The main target is 100 pips higher, at 136.50, which is the upper line of the Bollinger Bands on the timeframe.