Relevance up to 16:00 2022-06-08 UTC+2 Company does not offer investment advice and the analysis performed does not guarantee results. The market analysis posted here is meant to increase your awareness, but not to give instructions to make a trade. 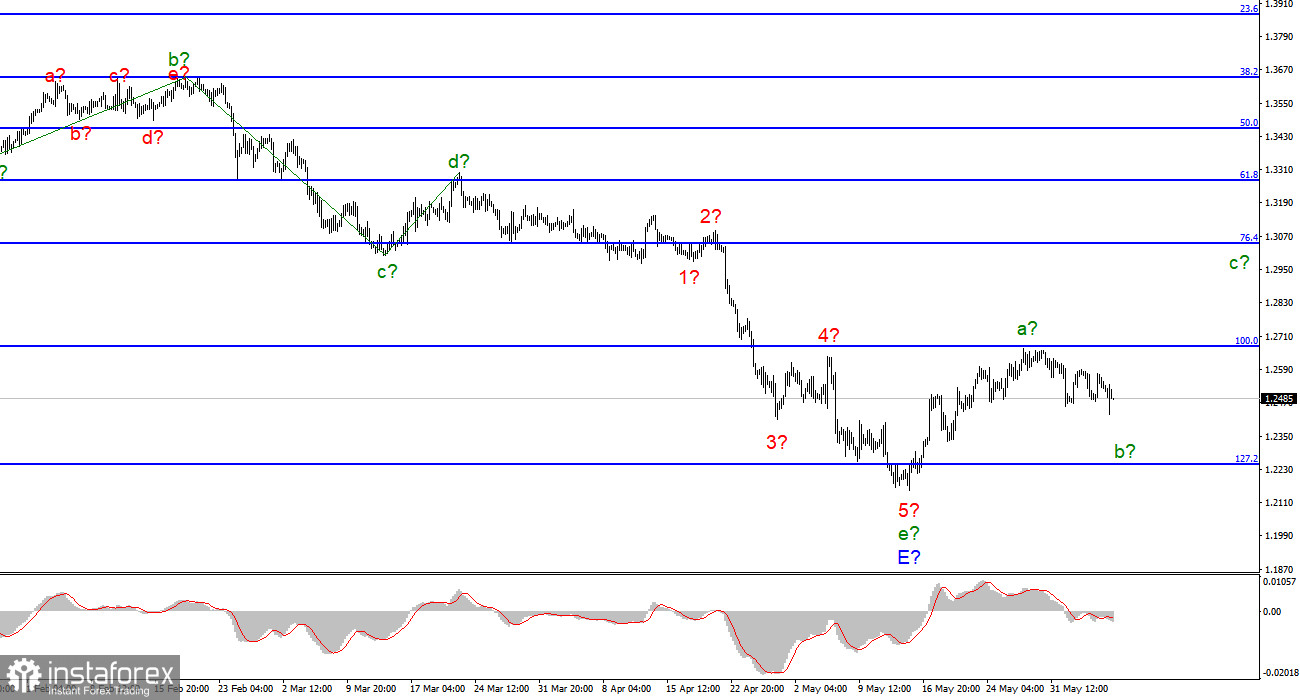 For the pound/dollar instrument, the wave markup continues to look very convincing and does not require adjustments. The downward section of the trend is completed, and the wave e-E, although it has taken a rather complex form, is also five-wave in the structure of the five-wave downward section of the trend, as well as for the euro/dollar instrument. Thus, both instruments presumably completed the construction of downward trend sections. According to the British, the construction of an upward section of the trend has begun, which is currently interpreted by me as a corrective one. I believe that it will turn out to be three-wave, but there is also a second option, in which it will take a pulsed, five-wave form. Now, presumably, the construction of a corrective wave b is continuing, after which wave c will begin with targets located around 30 figures. Wave b can take a three-wave form, as with the euro/dollar instrument. I will note once again that the wave markings of the euro and the pound are very similar now, so we can expect that both currencies will move approximately the same in the next few weeks.

There is no news background and the dollar rules the ball

The exchange rate of the pound/dollar instrument decreased by 40 basis points on June 7. However, if we consider the whole wave picture holistically, the decline in the British dollar in the last few days looks rather weak. Of course, the news background, or rather its absence, reduces the market's interest in trading. However, I believe that at the same time, the market is very correctly using the pause that has arisen to build a corrective wave. And when important data begins to arrive, the demand for the Briton may grow again. I can't make a clear conclusion that this is exactly how it will be, but there are times when the wave markup is ambiguous, that is, it assumes several scenarios. This is not the case. Over the past few months, there has not been a single situation where it would require additions or adjustments. Once the impulse downward trend section is completed, it means that we must see three waves up.

An interesting event happened yesterday in the UK. Unexpectedly for many, the Conservative Party decided to announce a vote of no confidence in Boris Johnson and failed in its desire. The Prime Minister has collected enough votes to stay in his seat, but the bell for the British prime minister is very bad. I cannot say that Boris Johnson is the best prime minister in the history of Britain. Most likely, this is not the case, but still, the personality is quite charismatic. The Briton was not too interested in this news, and given the absolute identity of the movement of the euro/dollar and pound/dollar instruments, it can be concluded that the market did not show any interest in this event. Thus, now we are waiting for the report on American inflation, which will be released tomorrow. Now it is unclear whether it will decline, as it was in April, or resume growth. Therefore, I do not undertake to make forecasts for this indicator. But if the real value surprises the market, then the movements on both instruments may be strong.

The wave pattern of the pound/dollar instrument still assumes the completion of the construction of wave E and the entire downward trend segment. Thus, I now advise buying the British for each MACD signal "up" with targets located above the peak of wave a, not lower than the estimated mark of 1.3042, which corresponds to 76.4% Fibonacci. Under certain circumstances, wave marking can become very complicated, but now there is no reason to assume this. 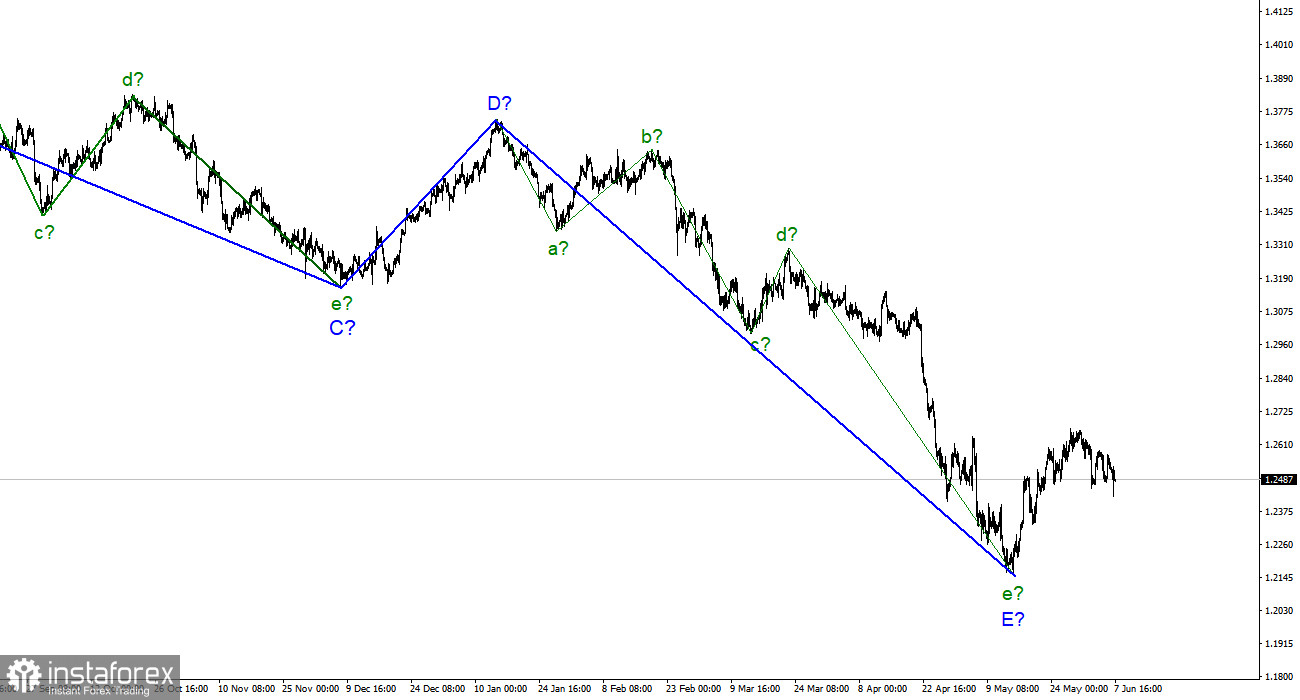 At the higher scale, the entire downward trend section looks fully equipped. Therefore, the continuation of the decline of the instrument below the 22nd figure is postponed indefinitely for the time being. Wave E has taken a five-wave form and looks quite complete. The construction of a minimum three-wave ascending trend section has begun.