After several days of trading sideways, the yen has posted strong gains on Tuesday. In the North American session, USD/JPY is trading at 126.58, down 1.02% on the day. The yen is currently trading at its highest level in five weeks.

The Bank of Japan’s preferred inflation gauge, BoJ CPI, surprised the markets with a gain of 1.4% in April, higher than the consensus estimate of 1.0%. The index was up from 1.1% in March and is reflective of inflation moving higher. Of course, Japan is not facing the surging inflation which has hit the US, UK and other developed economies, but it is a significant change nonetheless, after years of deflation. Japan’s CPI excluding fresh food is expected to remain above 2%, which is the BoJ’s inflation target.

While other major central banks have tightened policy in response to spiralling inflation, the BoJ continues to insist that cost-push inflation will ease. The Bank has tenaciously defended its yield curve control, maintaining that ultra-low rates are critical in order to support the fragile economy. The BoJ has not hesitated to intervene in order to cap JGB rates but has not made any moves to prop up the yen, which hit 20-year lows earlier this month.

The yen may have flexed some muscles, but I would still consider yen risk tilted to the downside. The US economy remains in good shape, and the US dollar is also a safe-haven asset. If the Ukraine war continues to cause increases in energy and food prices, risk appetite would fall and investors would likely flock to the safety of the US dollar. The yen is at the mercy of US yields, which have generally been on an upswing over the past few months, pushing the yen sharply low. 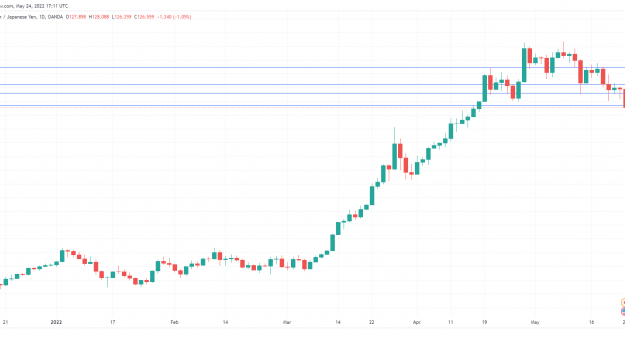