Is The OPEC+ Decision Only Economic? Oil Is Caught Between Fears Of A Reduction In Demand

What caused the first OPEC+ decision to cut production in more than a year? Why was the verdict so symbolic? 100,000 bpd is a negligible amount, especially given that the alliance has been producing about 3 million bpd below its quotas in recent months. Only because of Nigeria and Angola, it was missing 1 million bpd. Investors are scratching their heads over the outcome of the meeting of the cartel and its allies, which forces Brent to stabilize near the $95 per barrel mark.

At first glance, the OPEC+ decision is purely economic in nature. Over the past three months, oil has lost about a quarter of its value. The West is going to restart the nuclear deal with Iran, which will increase the supply by more than 1 million barrels per day. Meanwhile, China's COVID-19 lockdown expansion has already reduced the country's apparent oil consumption by 9.7% in July and threatens global demand. The revenues of Saudi Arabia and other producing countries are falling, and a signal must be given to prevent further declines. The 100,000 bpd is ideal. Such a symbolic sum is reminiscent of a warning shot in the air. If the markets do not listen, it will be possible to shoot point-blank.

On the other hand, politics may be involved in the OPEC+ verdict. Russia intends to take revenge on the West for sanctions, which it has already proved by first reducing the capacity of the Nord Stream to 20% and then completely ceasing to supply gas to Europe. It is more difficult with oil since the eurozone is less dependent on this raw material than on blue fuel. It easily replaced Moscow with the United States and Africa, and together with the United States, is making plans to punish the Russian Federation for its interference in the life of Ukraine. 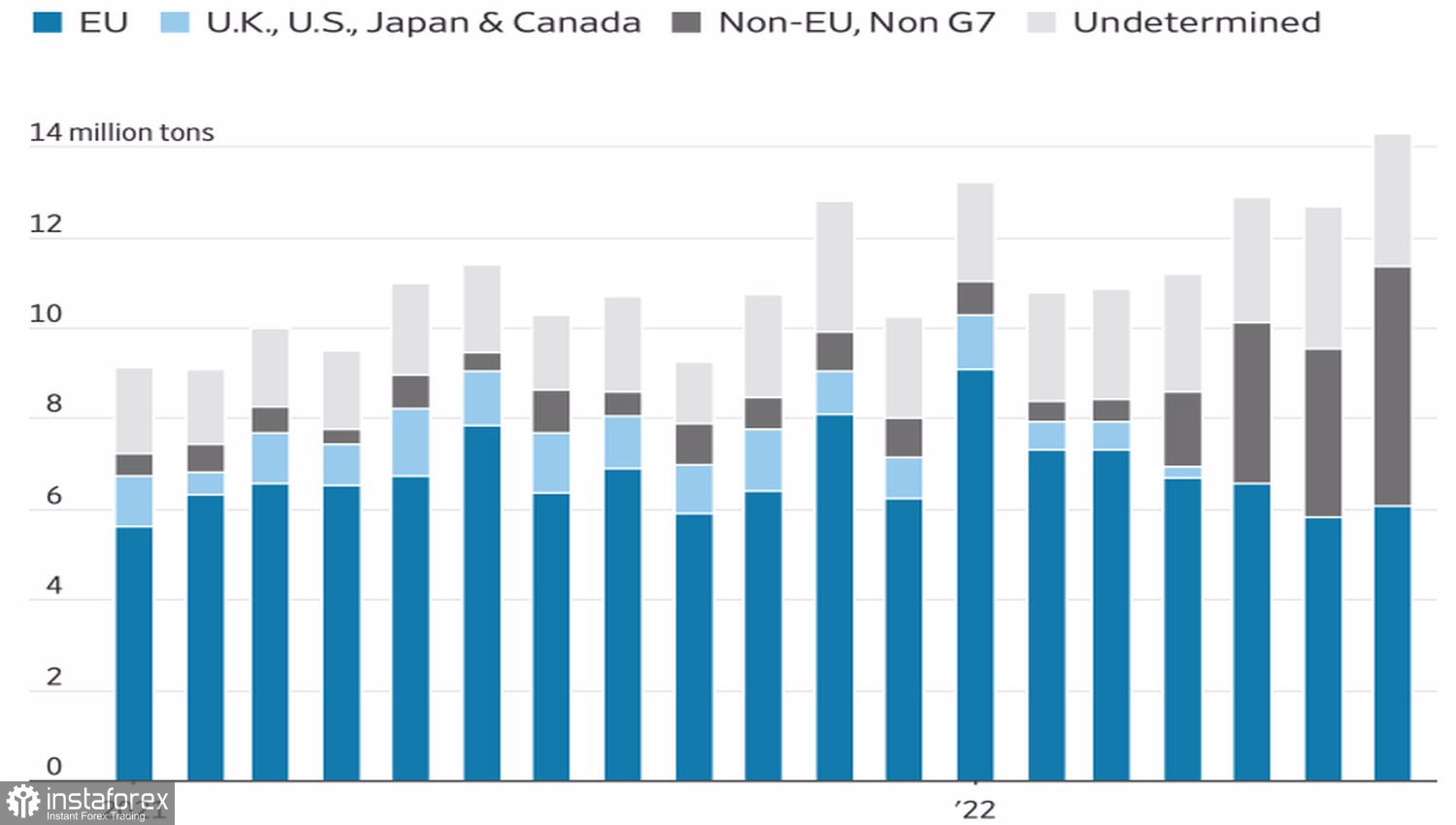 The discussion by the G7 countries of the price ceiling mechanism for Russian oil also does not look like a good idea. Moscow is already reorienting its oil flows from West to East, and the creation of a cartel of European and American buyers, on the one hand, will accelerate this process, on the other hand, will challenge OPEC+. And the alliance can easily respond to what it hinted at by deciding to cut production.

Without the backing of India and China, the G7's price flow plan doesn't look deadly, and Asian giants joining it is doubtful. 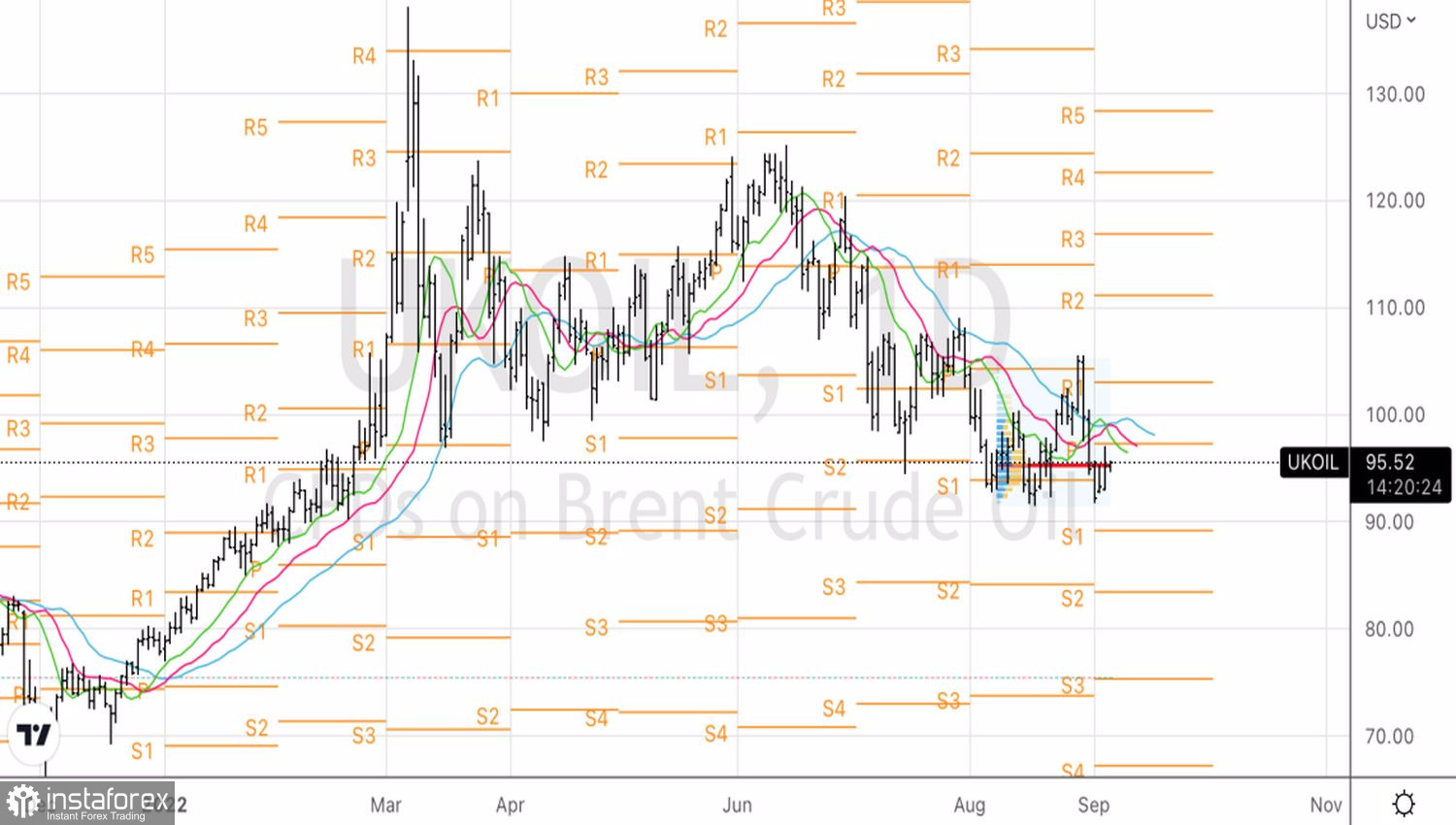 Thus, oil is caught between fears of a reduction in demand from China and the EU and the intention of OPEC+ to support prices by reducing supply. Given the modest steps taken by the alliance, Brent is likely to continue to be under pressure. At the same time, consolidation in the range of $89.5–103.5 per barrel looks quite real.

Technically, on the daily chart, the failure of the North Sea variety to break above the $97.2 pivot point, where the moving averages are also located, is a sign of bullish weakness. Only a successful test of this resistance will make it possible to buy oil. On the contrary, the fall of Brent below $92.7 is a reason for sales.

Relevance up to 09:00 2022-09-11 UTC+2 Company does not offer investment advice and the analysis performed does not guarantee results. The market analysis posted here is meant to increase your awareness, but not to give instructions to make a trade.