The CPI surged 5.4% in June, but Powell still sees inflation as transitory. For now, gold has risen under the dovish Fed’s wing amid higher inflation.

Did you think that 5% was high inflation? Or that inflation has already peaked? Wrong! Inflation rose even further in June, although it was already elevated in May. Indeed, the consumer price index surged 0.9% in the last month, following a 0.6% jump in May. It was the largest one-month change since June 2008, during the Great Recession.

Importantly, the Core Price Index, which excludes food and energy, also rose 0.9%(after a 0.7% increase in the previous month). It shows that inflation is accelerating not only because of higher energy prices but also due to more structural, underlying trends.

On an annual basis, the inflationary outlook is even scarier. The CPI soared 5.4% in June, following a 5% jump in May. It was the largest annual change since August 2008, just before the bankruptcy of the Lehman Brothers and the outbreak of the global financial crisis. As the chart below shows, the inflation annual rate has been trending up every month since the beginning of 2021. So, how much “temporality” can be found here? 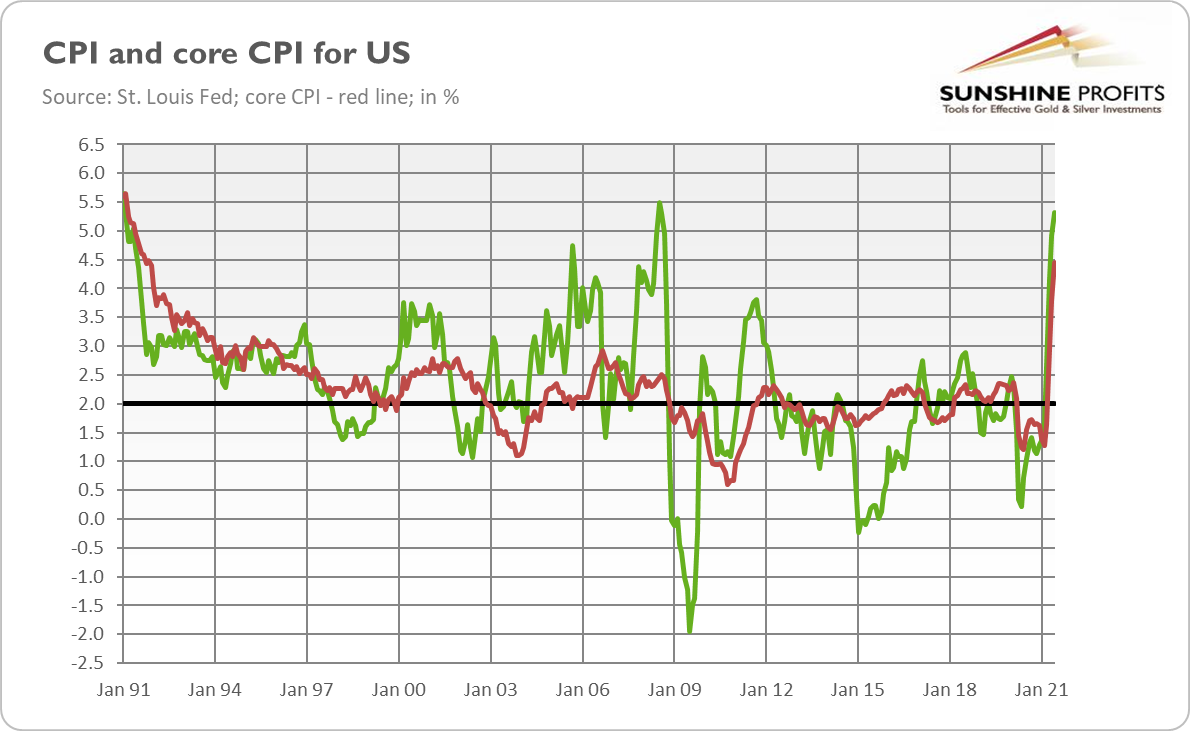 However, the real shocker is that the core CPI surged 4.5%, the largest 12-month increase since November 1991 (see the chart above)! Ups, Houston, we have a problem, an inflationary problem! Or at least a surprise, as June inflation numbers came significantly above expectations.

Furthermore, high inflation could persist later this year, or it could even accelerate further – this is at least what the producer prices suggest. The PPI for final demand increased 1.0% last month after rising 0.8% in May. On an annual basis, it surged 7.3%, following a 6.6% rise in May. It was the largest gain since November 2010. Additionally, rising producer prices could translate (with some lag) into rising consumer prices.

Of course, inflationary pressure may soften later this year. After all, the index for used cars and trucks soared 10.5% in June (MoM) and 45.2% (YoY), as the chart below shows, accounting for more than one-third of the surge. However, inflation is already more persistent than expected, and it could remain elevated for longer than believed. 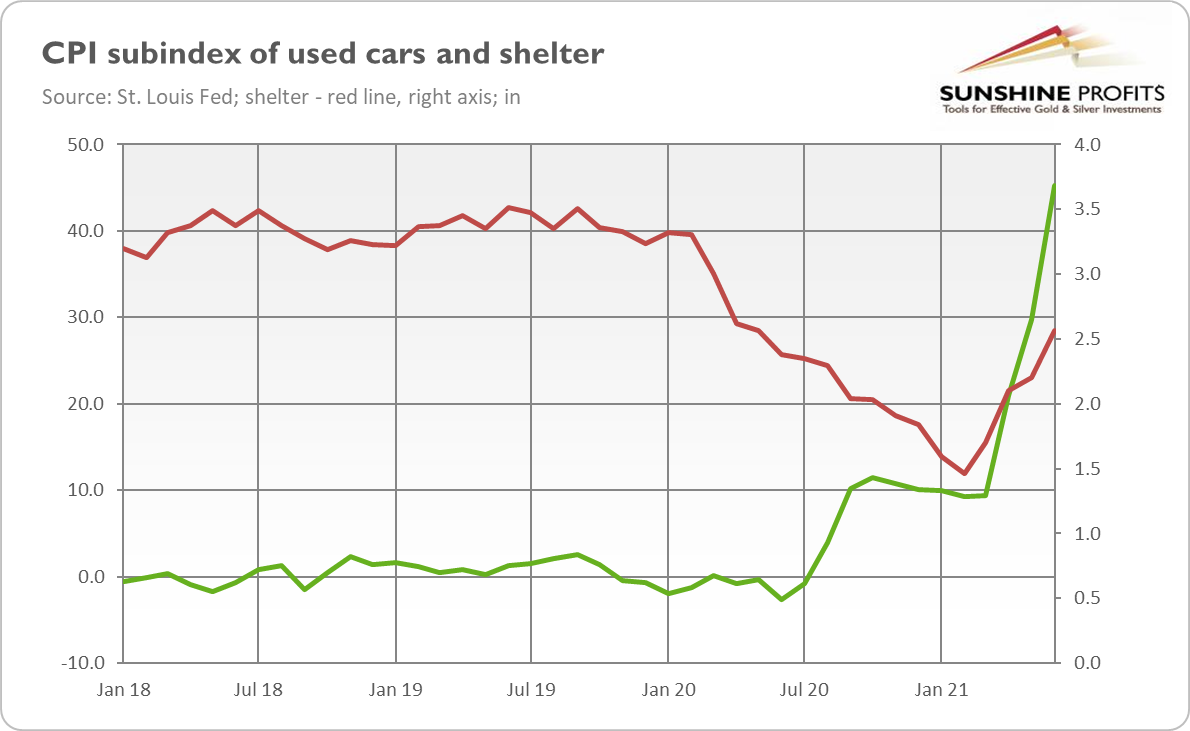 In other words, although the surge in inflation is partially caused by the supply bottlenecks and the recovery from the pandemic, it has also structural origins that are not entirely linked to the epidemic. You can think about the increase in the broad money supply and easy fiscal policy with stimulus much larger than the output gap. As one can see in the chart above, the index for shelter – the biggest component of the CPI, not hit directly by the pandemic – has also been increasing recently.

Luckily for gold bulls, it seems that the acceleration in inflation won’t change the Fed’s course. Powell downplayed the inflation threat in his yesterday’s testimony to Congress. He continued seeing higher inflation as transitory and said that conditions to trigger a policy shift are “still a ways off.”

As a consequence, the price of gold increased yesterday to above $1,820, temporarily reaching $1,830. It’s not surprising, as an unmoved Fed amid higher inflation is a fundamentally positive factor for the yellow metal.

However, the upward move was very modest given the circumstances, which isn’t particularly encouraging. Investors seem to still believe that inflation is just transitory, and it won’t be a problem for the economy. But the Fed’s tightening cycle will come sooner or later (think about Bank of Canada or Reserve Bank of New Zealand which have already tightened their monetary policies), possibly with some hawkish twists later this year, so gold bulls should remain cautious.

If you enjoyed today’s free gold report, we invite you to check out our premium services. We provide much more detailed fundamental analyses of the gold market in our monthly Gold Market Overview reports and we provide daily Gold & Silver Trading Alerts with clear buy and sell signals. In order to enjoy our gold analyses in their full scope, we invite you to subscribe today. If you’re not ready to subscribe yet though and are not on our gold mailing list yet, we urge you to sign up. It’s free and if you don’t like it, you can easily unsubscribe. Sign up today! 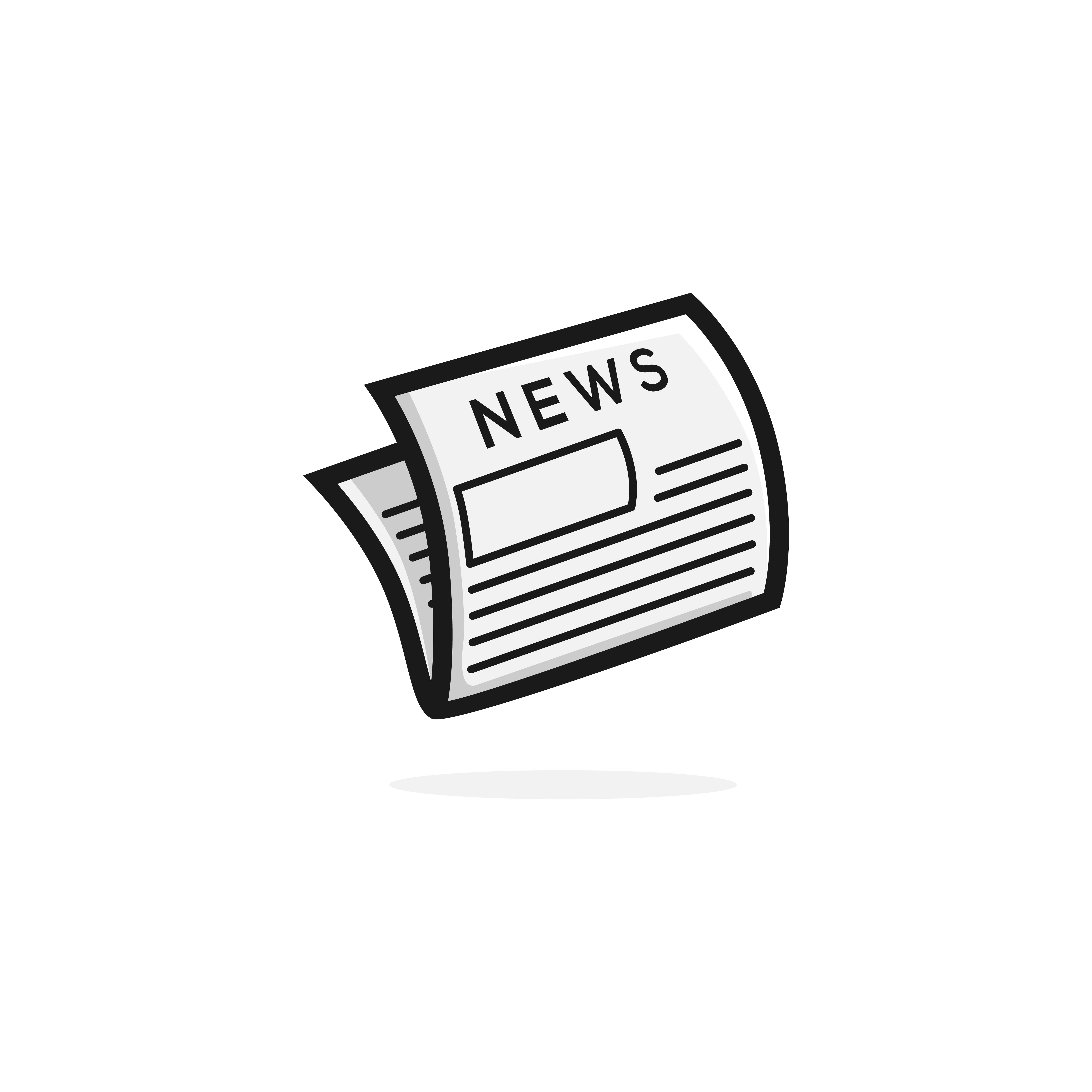 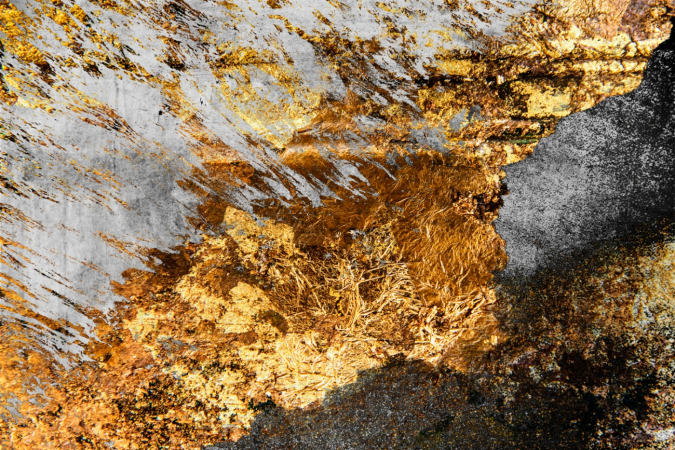 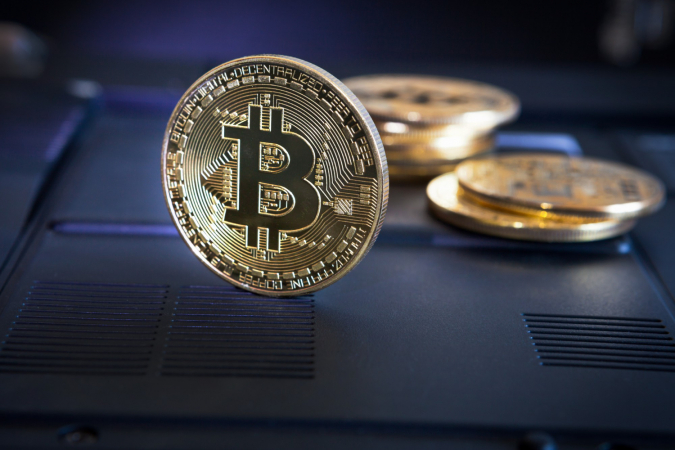 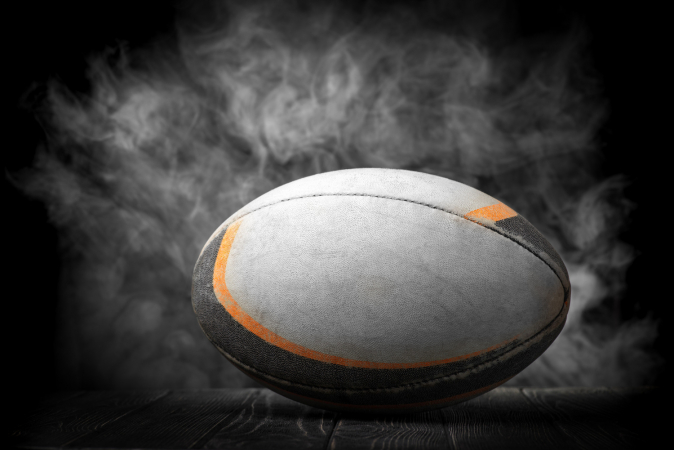 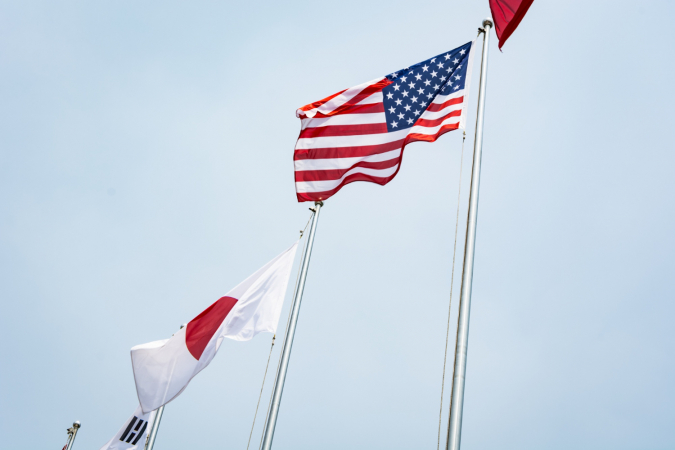