How Transactions In The GBP/USD Pair Look In Short And Long Position Today?

Pound tested 1.1484 when the MACD line was far from zero, which limited the upside potential of the pair. Sometime later, there was a test of the level again, but the MACD line was still at the area it was before so there was no large movement. No other signals appeared for the rest of the day. 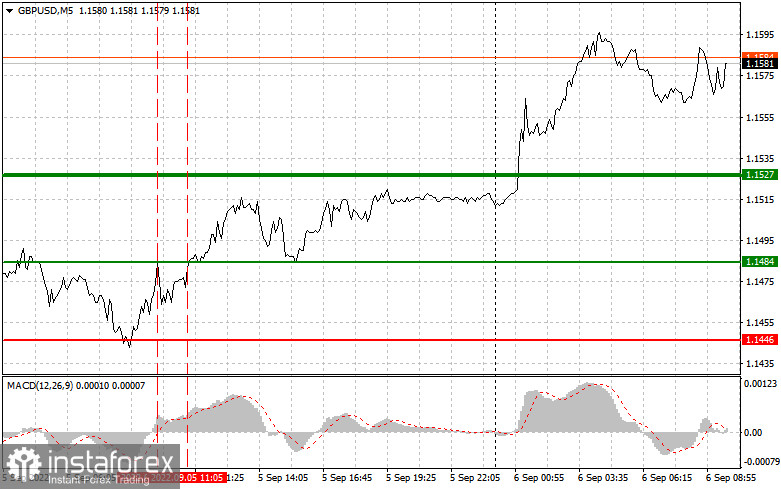 Pound did not move much yesterday despite the weak reports on the services and composite PMI in the UK. The reason was the manipulation of large players, which happened due to low volatility amid the holiday in the US.

Today, a number of reports are scheduled to be published, such as the index of business activity in the UK construction sector. If the figure turn out to be better than expected, a slight increase in GBP/USD will be seen. In the afternoon, data on business activity in the services sector and PMI for the US will be released, which will hit the positions of dollar and may lead to a rise in risk appetite, provided that the numbers are lower than the forecasts. For this reason, expect further growth and upward correction in the pair.

Sell pound when the quote reaches 1.1559 (red line on the chart) and take profit at the price of 1.1515. Pressure will increase if the attempt to consolidate at daily highs fails. 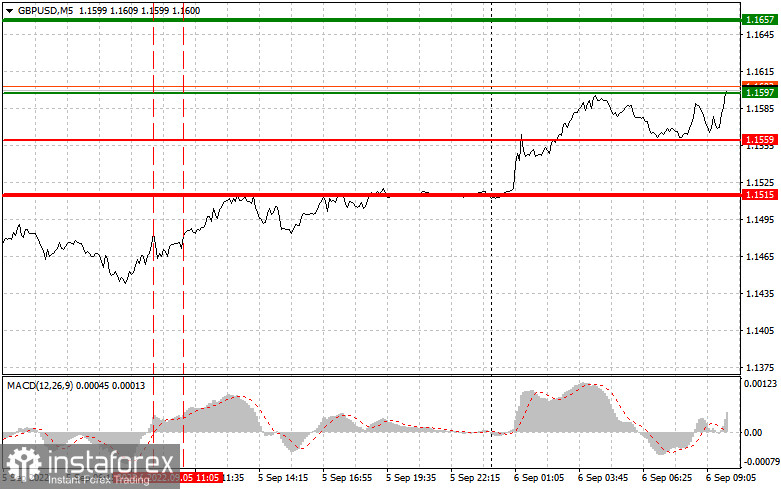 Relevance up to 09:00 2022-09-07 UTC+2 Company does not offer investment advice and the analysis performed does not guarantee results. The market analysis posted here is meant to increase your awareness, but not to give instructions to make a trade.