Both the euro and the pound sterling dropped after Jerome Powell announced that the Fed would continue raising the key interest rate. What is more, the US regulator is planning to keep interest rates high for some time in order to combat inflation. Jerome Powell is absolutely sure that the Fed will not change its monetary policy in the near future. "Restoring price stability will likely require maintaining a restrictive policy stance for some time. The historical record cautions strongly against prematurely loosening policy," Powell stated. 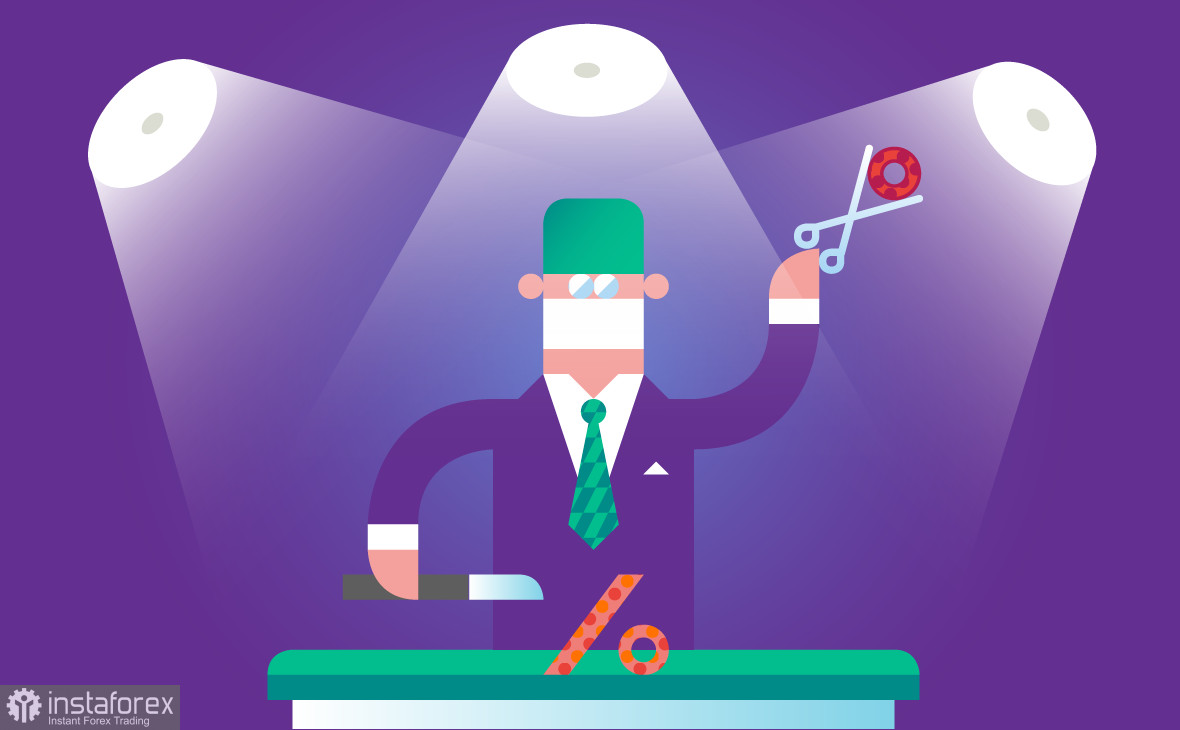 It is obvious that the Fed's key aim is to lower inflation to the targeted level of 2% regardless of the negative influence on consumers and enterprises and a possible recession. The US dollar began actively gaining in value amid the possibility of another significant rate hike in the next month. It is obvious that traders take decisions amid expectations, trying to price in the event before it takes place. "Our decision at the September meeting will depend on the totality of the incoming data and the evolving outlook," Powell pinpointed.

Against the backdrop, the yield of two-year Treasury bonds increased to 3.44%. Investors foresaw such announcements and priced in the hike of at least 0.5% at the meeting on September 20-21. The highest possible raise was seen at 0.75%. After the speech, the likelihood of both variants remained the same. In other words, the regulator's zero intention to cut the key interest rate in 2023 considerably supported the greenback.After such confident statements, Jerome Powell will have to prove his intention by another hike of 75 basis points. Otherwise, traders may think that the Fed is gradually switching to a looser policy, which may make it more challenging to return inflation to 2.0%.

"Restoring price stability will take some time and requires using our tools forcefully to bring demand and supply into better balance," Fed's chair said. "Reducing inflation is likely to require a sustained period of below-trend growth. Moreover, there will very likely be some softening of labor market conditions. While higher interest rates, slower growth, and softer labor market conditions will bring down inflation, they will also bring some pain to households and businesses," he added.

Notably, according to the Fed's forecasts, the key interest rate will be hiked to 3.4% by the end of the year and to 3.8% by the end of 2023. Jerome Powell also reminded us that in September, the regulator would hardly change its plans.

Some other Fed representatives are also backing up the monetary policy tightening. Federal Reserve Bank of Kansas City President Esther George emphasized that the key interest rate could be higher than markets expected. "We have to get interest rates higher to slow down demand and bring inflation back to our target," she said. She neither excludes a jump to 4.0%. From the technical point of view, the euro/dollar has every chance to slump even deeper. Bulls should protect 0.9949. Otherwise, the trading instrument will hardly recover. If the price goes above 0.9949, buyers will become more confident, thus allowing the pair to return to the parity level and then climb to 1.0030. The farthest target is located at 1.0070. If the euro continues falling, buyers are likely to become active near 0.9900. However, if they fail to protect this level, the upward correction will hardly become possible. Since whispers about the continuation of the downtrend may push the price to 0.9860 or even to 0.9820.

The pound sterling continues losing value against the US dollar very rapidly. It does not have reasons for an upward correction. Buyers should do their best to consolidate above 1.1630, the nearest support level. Otherwise, we will see a new massive sell-off that will push the price to 1.1570 and 1.1490. A breakout of these levels will allow the pair to slide to 1.1420. A correction will become possible if the price settles above 1.1680 to jump to 1.1730 and 1.1790.