Pound tested 1.1669 when the MACD line was just starting to move below from zero, which was a good signal to sell. Resultantly, the quote fell by 40 pips, updating the yearly low.

As for long positions around 1.1628, they did not bring much result because the pair traded downwards in the afternoon. Also, no other signals appeared for the rest of the day. 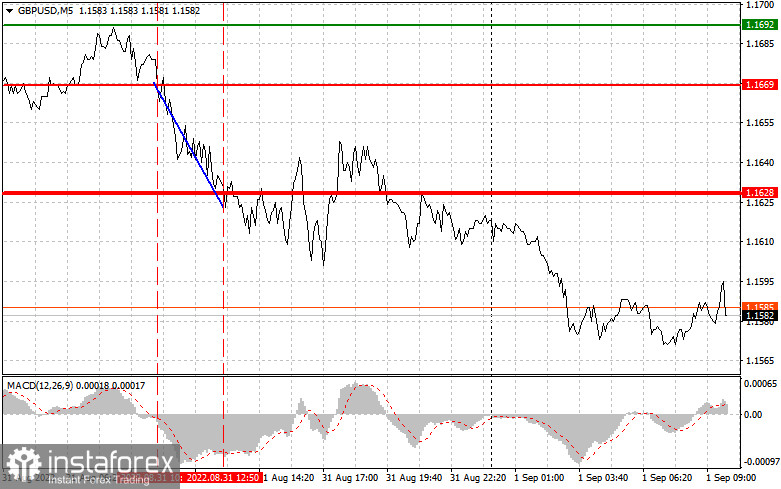 Pound continues to update yearly lows, so there are not many people who want to buy it. Even weak employment data in the US non-farm sector did not lead to its sharp increase yesterday afternoon.

A report on business activity in the UK manufacturing sector is coming today, but it is unlikely to trigger a sharp jerk in pound. The only thing that could stop the bear market temporarily is a strong oversold for all indicators.

In the afternoon, the focus will shift to the data on US jobless claims, ISM manufacturing index and speech by FOMC member Raphael Bostic.

Sell pound when the quote reaches 1.1572 (red line on the chart) and take profit at the price of 1.1525. Pressure could return at any moment, especially after weak statistics in the UK. 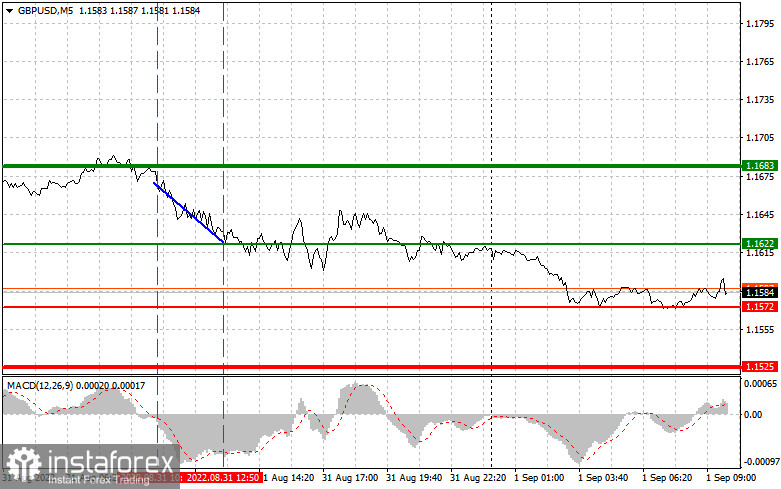 Relevance up to 09:00 2022-09-02 UTC+2 Company does not offer investment advice and the analysis performed does not guarantee results. The market analysis posted here is meant to increase your awareness, but not to give instructions to make a trade.