Forex: EUR/USD - The Euro Needs To Be Sold. Market Perceives The Tightening Of The ECB's Monetary Policy As A Direct Path To Recession

Markets are often wishful thinking. And the media actively support them in this. Bloomberg's report that the euro could have its own rally amid record high inflation and the hawkish rhetoric of ECB officials was full of pathos but little sense. Without a decrease in gas futures quotes, the "high prices - aggressive increase in deposit rates" scheme does not work. As soon as the cost of blue fuel began to recover after a two-day decline, EURUSD quotes rushed down.

Of course, the acceleration of German and European inflation to 8.8% and 9.1%, respectively, which in the first case is the maximum level in 40 years, and in the second—a new record, cannot please the ECB. Especially in the conditions of EURUSD sliding to the 20-year bottom. The Bundesbank says the recession should not stop Christine Lagarde and her colleagues from raising rates, while the futures market is 60% sure that they will rise by 75 bps in September. After such impressive inflation figures, I won't be surprised if it will be +75 bps in October and another +50 bps in December. Monetary restriction is clearly accelerating, and judging by the reaction of the euro to the previous "hawkish" surprises of the Governing Council, we can expect the growth of the euro on the 8th. Or on expectations before that date. 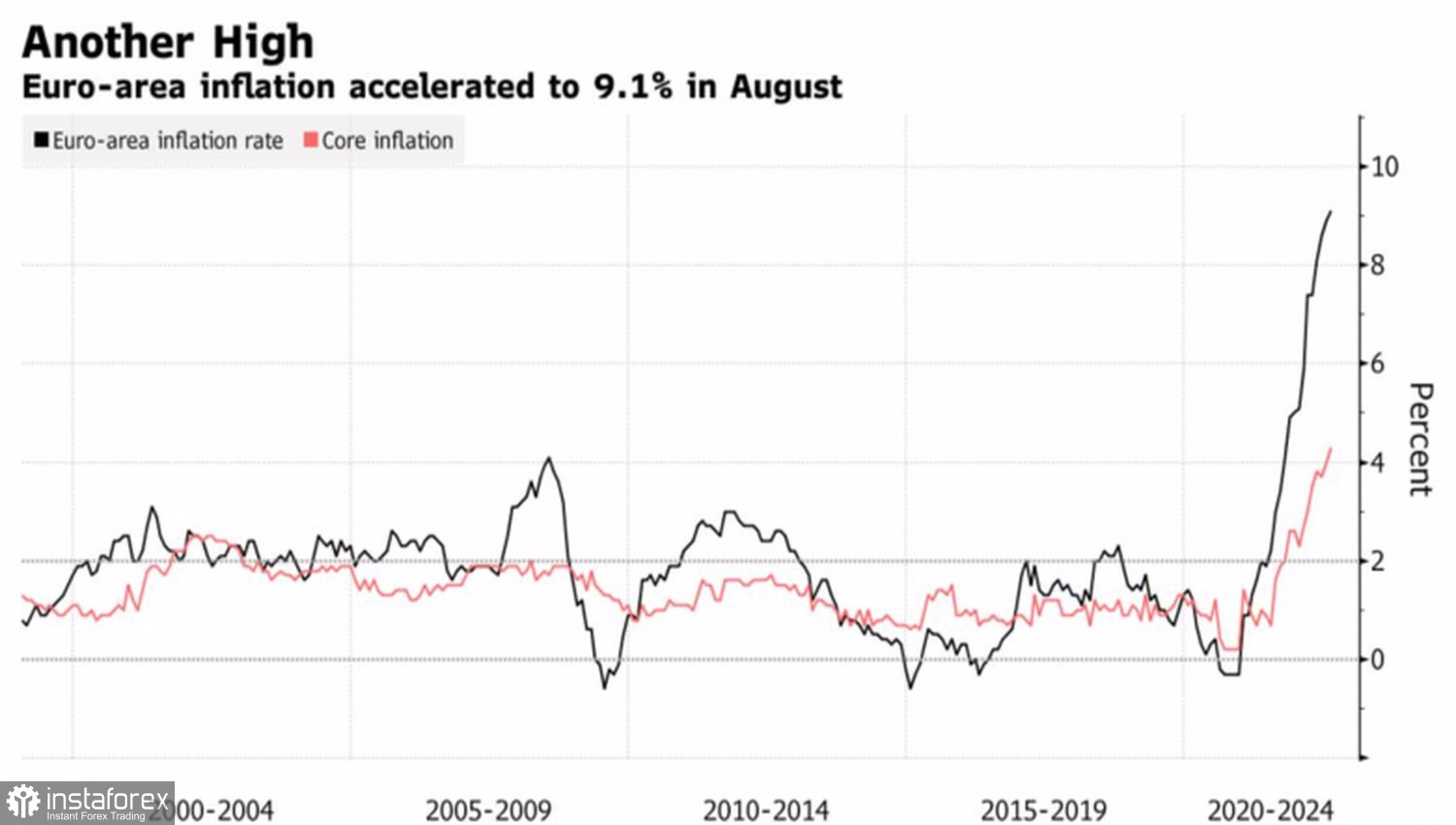 However, as long as gas prices remain at elevated levels, the market perceives the tightening of the ECB's monetary policy as a direct path to recession. So, the euro needs to be sold. This strategy works very well on the news. Expectations of inflation acceleration in Germany and the Eurozone pushed EURUSD up, and then the sale on the facts began.

At the same time, the shutdown of the Nord Stream for maintenance contributed to the growth in the cost of blue fuel and thus deprived the regional currency of its main trump card. Russia has suspended gas supplies to Engie SA due to disputes over payments. In France, storage occupancy is now over 90%, and the country is ready to survive this winter and next. 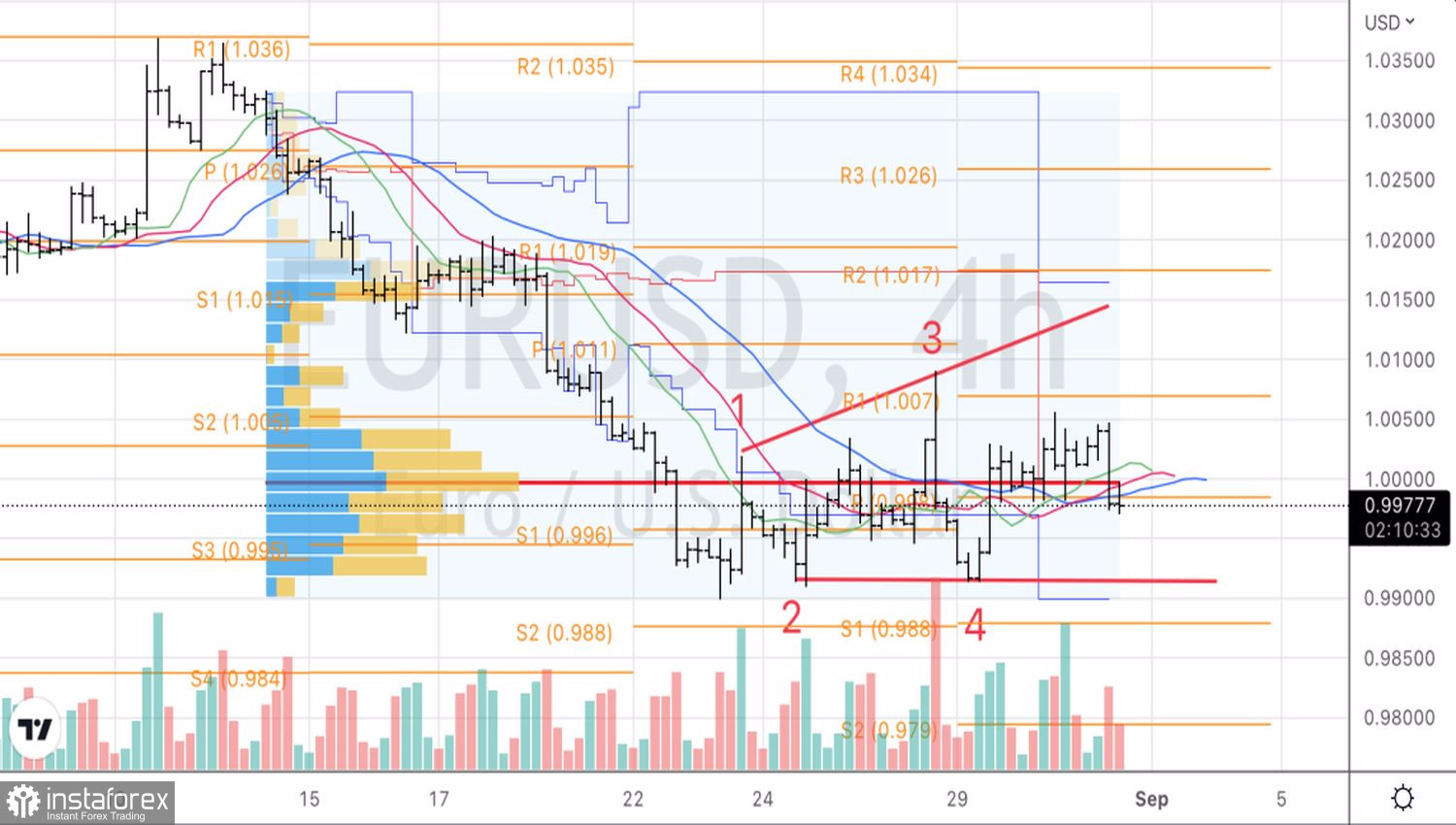 Russia claims maintenance on Nord Stream will take about three days, but eurozone money markets only give a 30% chance that the pipeline will be operational by the deadline. Fears about the complete shutdown of the taps create a major obstacle on the way of EURUSD upward.

Technically, on the 4-hour chart of the pair, the possibility of a Broadening Wedge reversal pattern is not ruled out. In this case, the return of euro quotes above the fair value of $1 will be the basis for purchases. On the contrary, a fall in EURUSD below 0.9915 will increase the risks of a continuation of the peak towards 0.97.