A bad example is contagious. In the first half of August, gold rose following the US stock market, which required the Fed to slow down the pace of tightening monetary policy in response to the slowdown in US inflation. Thus, stock indices put spokes in the wheels of the Fed, weakening financial conditions. This could not continue indefinitely, and the S&P 500 began to plummet, fearing Jerome Powell's hawkish rhetoric at Jackson Hole. Following this, the precious metal closed in the red zone for the first time in the last five weeks. 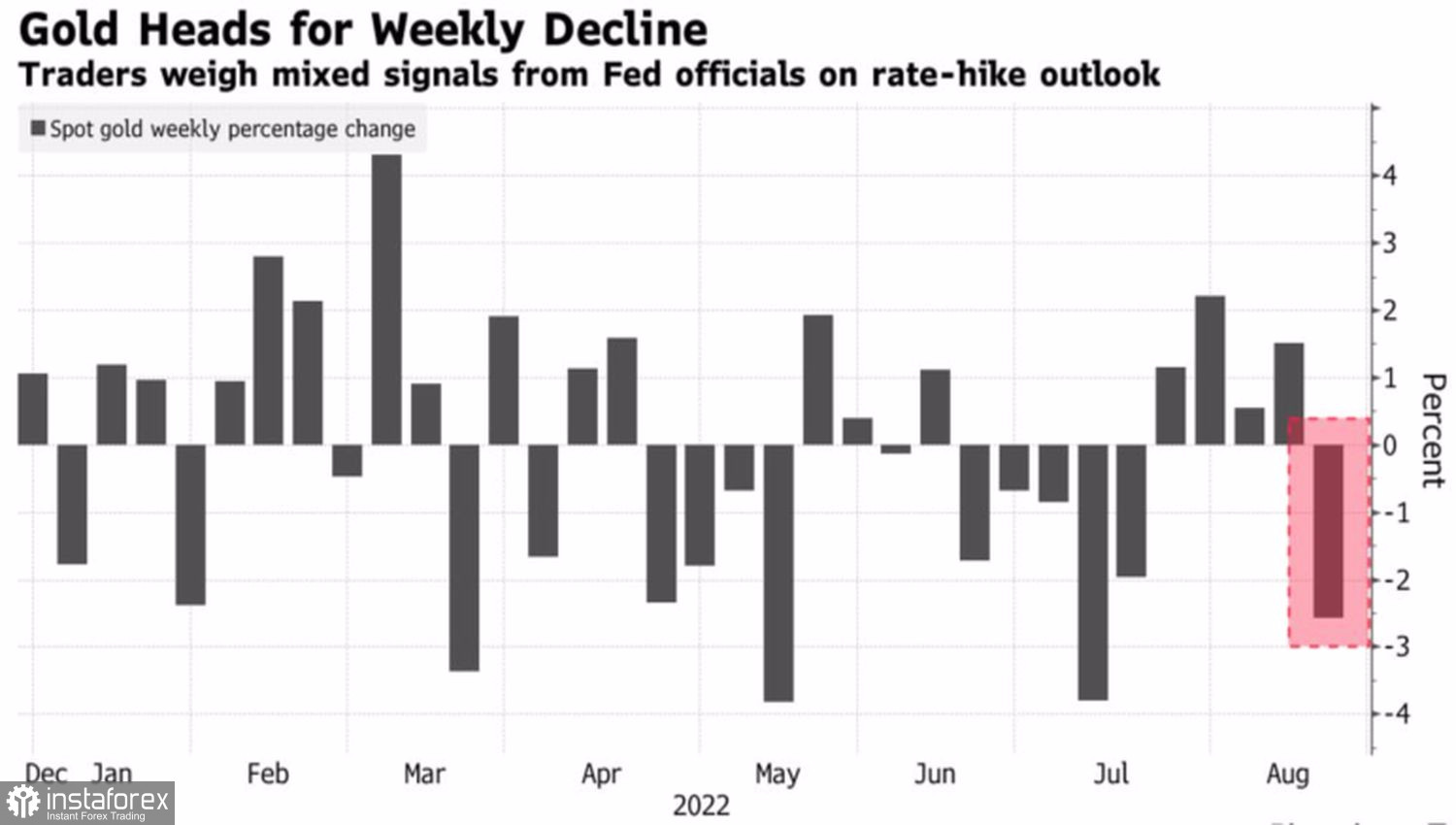 What difference does it make to XAUUSD if China increased its gold imports from Switzerland to 80 tonnes in July, which is twice as much as in June and eight times as much as in May, if the fate of the precious metal is in the hands of the Fed? For a long time, it ignored comments from FOMC officials about the continuation of the monetary restriction cycle, including calls from St. Louis Fed President James Bullard to raise the federal funds rate by 75 bps in September, but this could not continue indefinitely.

It is unlikely that Powell's speech at Jackson Hole will be radically different from his colleagues. The same as Minneapolis Fed President Neel Kashkari, who, against the backdrop of low unemployment and high inflation, sees only one way for rates—up. Another thing is that the chairman of the Fed is the chairman of the Fed. A figure of a different scale, whose speech is more expensive not to react to.

To fight inflation, the Fed needs higher Treasury yields and a strong dollar to slow wage and import price increases, and it will get them. With consumer prices at 8.5% and the federal funds rate at 2.5%, there is little doubt that the cycle of monetary tightening is not over. The Central Bank is far from doing its job. Borrowing costs can rise to 4–4.5%, and this is a completely different story for all financial markets, as well as for the US dollar and gold.

Dynamics of gold and US dollar 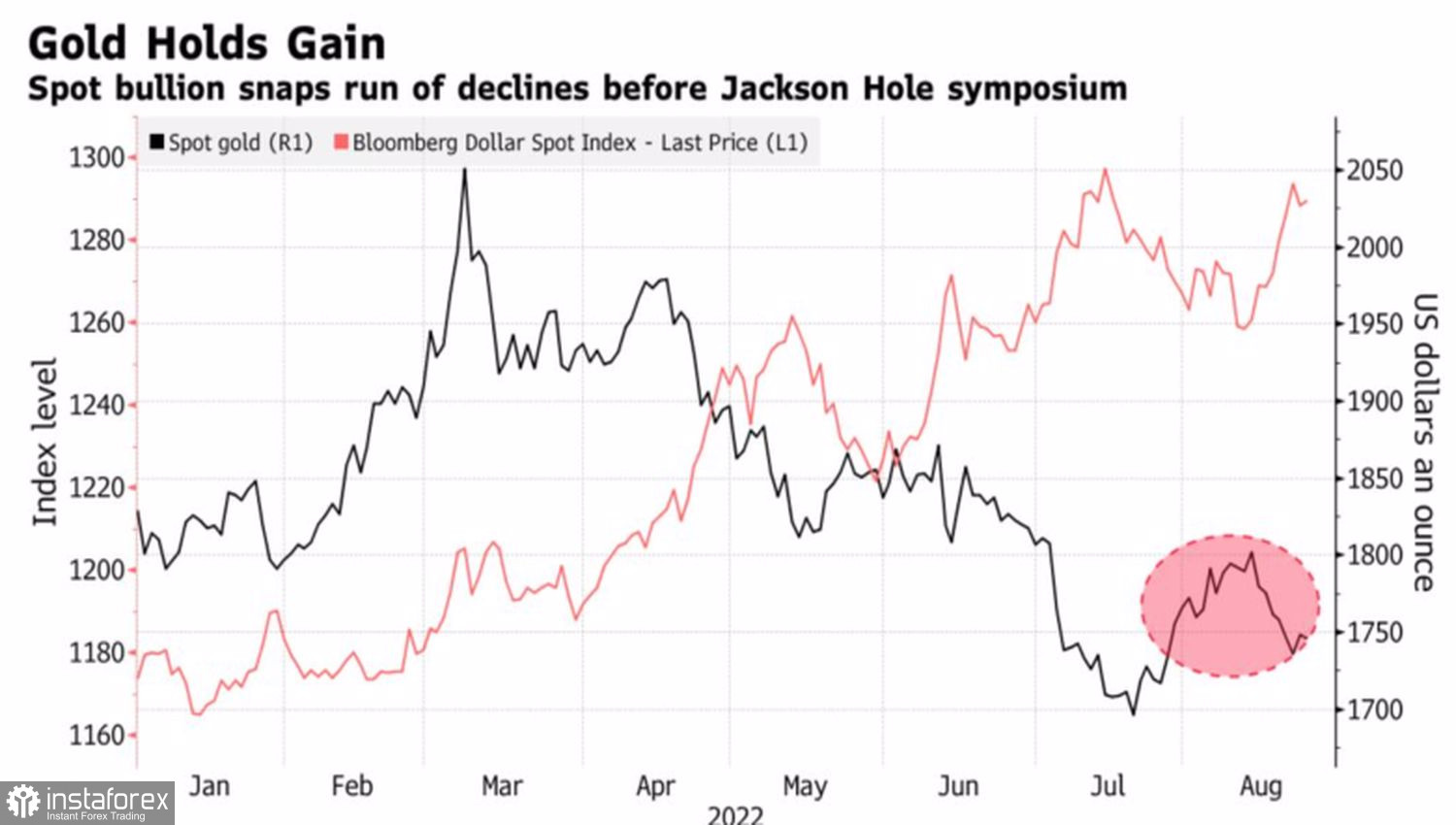 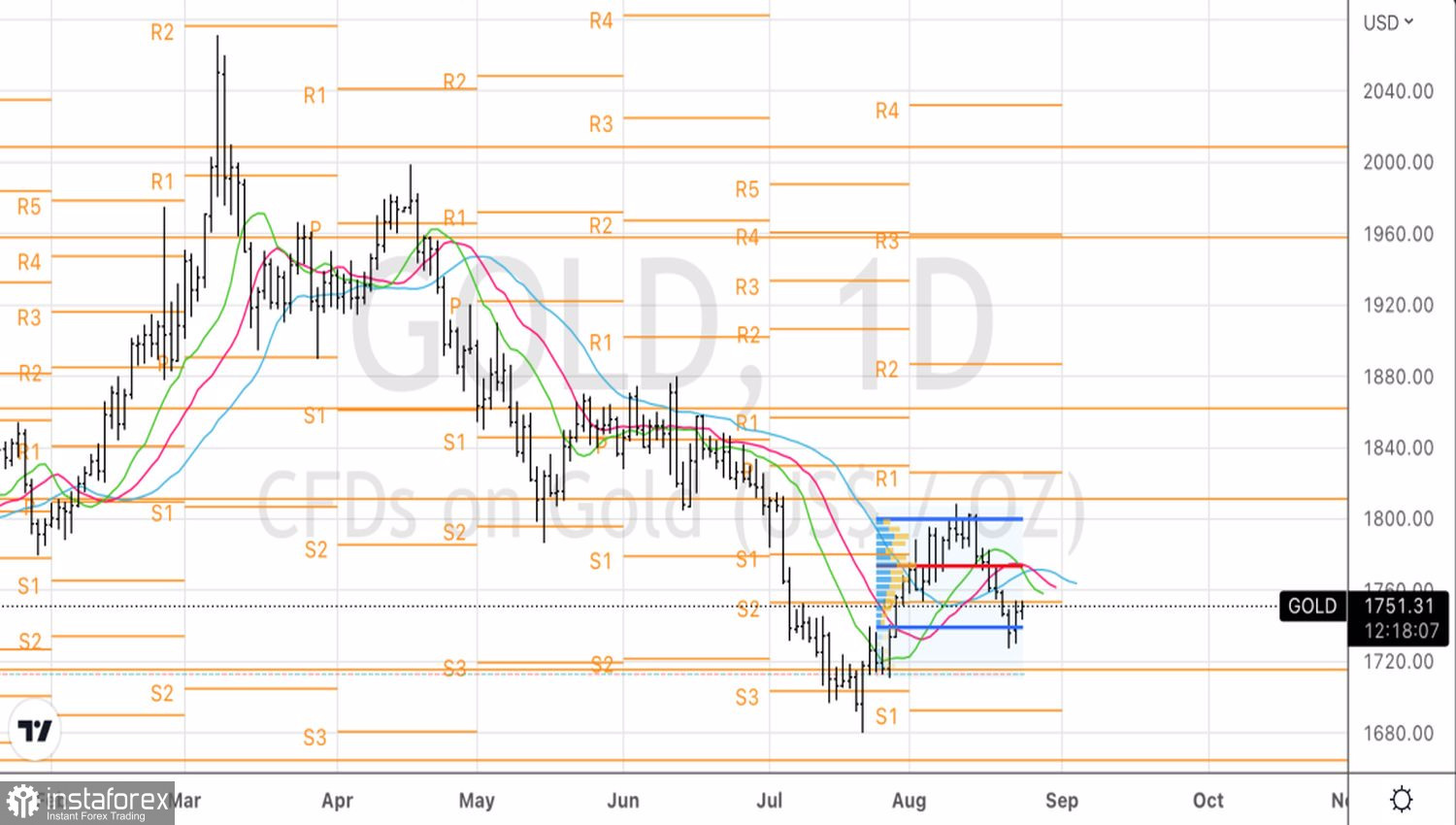 Should we expect a decrease in XAUUSD quotes to 1600 or 1500 against such a background? In my opinion, the last figure is difficult to achieve. Recent business activity statistics show a slowdown in indicators around the world, from Australia to North America. Some countries have seen Purchasing Managers' Indices drop below the critical 50 mark, signaling that a recession is near. Under such conditions, the old scheme may start to work: fears about the imminent recession in the US economy will force the Fed to put on the brakes, which will reduce the yield of Treasury bonds and weaken the US dollar. The question is, when exactly will this happen?