January 2000. For the first time in its history, the euro falls below parity with the US dollar on expectations that the Fed will raise the federal funds rate. Borrowing costs are sure to rise both in the United States and the eurozone, but the hot American economy signals that the Fed will outpace the ECB. As a result, the EURUSD pair moved to a historical low of 0.824 and stayed below parity until the end of 2002. It took the bulls almost two years to win back the losses. How will it be this time?

The Fed is already ahead of the European Central Bank. It raised the federal funds rate by 225 bps since the beginning of the monetary tightening cycle, to which Christine Lagarde and her colleagues responded by only 50 bps. Money markets are signaling that US borrowing costs will rise by 75 bps in September, and the euro area – by 50 bps. The speed of the American monetary restriction is still higher, and the European economy is clearly weaker, so the question of updating the historical bottom with the EURUSD pair remains open.

Indeed, following the German economy, the French economy also faced a drop in business activity below the critical level of 50. As a result, the European Composite Purchasing Managers' Index hints at a contraction in the currency bloc's GDP in the third quarter. If the ECB continues to raise rates, as it no doubt will, the central bank will only make matters worse by deepening the recession.

Dynamics of business activity in Germany and France 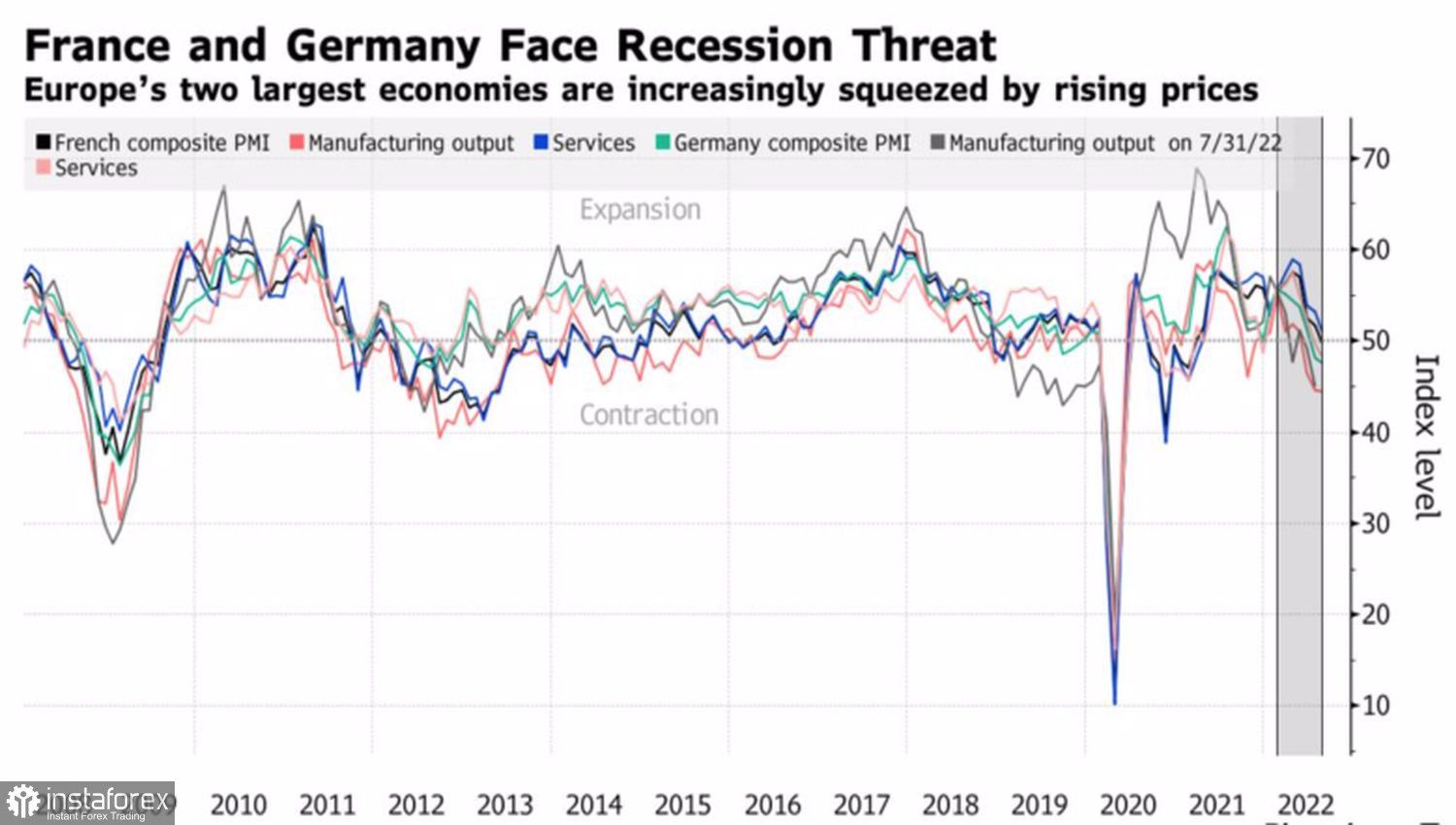 The fall of the EURUSD below parity reflects not only strong demand for the US dollar but also the result of the EU's harmful dependence on Russia. Europe, sitting on the needle of Russian gas, is not able to get off it at one moment. The reduction of supplies via Nord Stream to 20% of its capacity, followed by the shutdown of the pipeline for maintenance, which can last indefinitely, pushed the prices of blue fuel to record peaks. The result was a combustible mixture of high inflation out of the control of the ECB and increased household spending preventing them from spending on other things. Stagflation, followed by a recession, is perceived extremely negatively by investors and pushes EURUSD to at least 0.95. 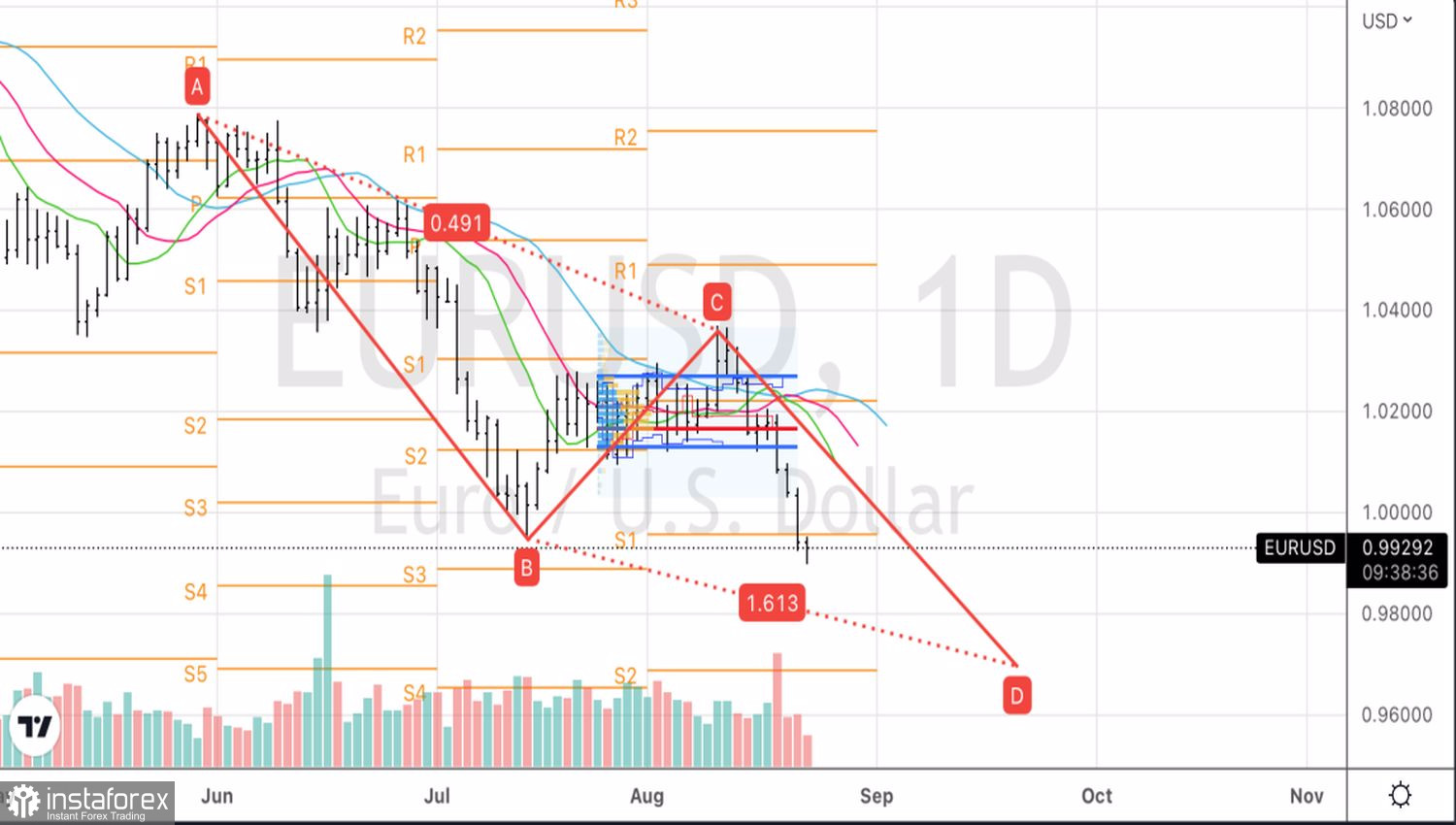 Of course, not only the energy crisis is to blame for the collapse of the main currency pair, but also the US stock market, which stubbornly demanded that the Fed put on the brakes on monetary restriction, followed by a reduction in the federal funds rate in 2023. Even slowing inflation will not force the Fed to stop tightening monetary policy. The work of the Central Bank is far from over, stock indices finally realized this and began to fall, pulling the euro into the abyss.

Technically, on the EURUSD daily chart, the AB=CD pattern was activated with a target at 161.8%, located near the 0.97 mark. We continue to sell the euro, at least until Jackson Hole. There, the hawkish rhetoric of Jerome Powell could lead to profit taking and a pullback.