EUR/USD analysis on June 7. The European currency continues to build a corrective wave

Relevance up to 15:00 2022-06-08 UTC+2 Company does not offer investment advice and the analysis performed does not guarantee results. The market analysis posted here is meant to increase your awareness, but not to give instructions to make a trade. 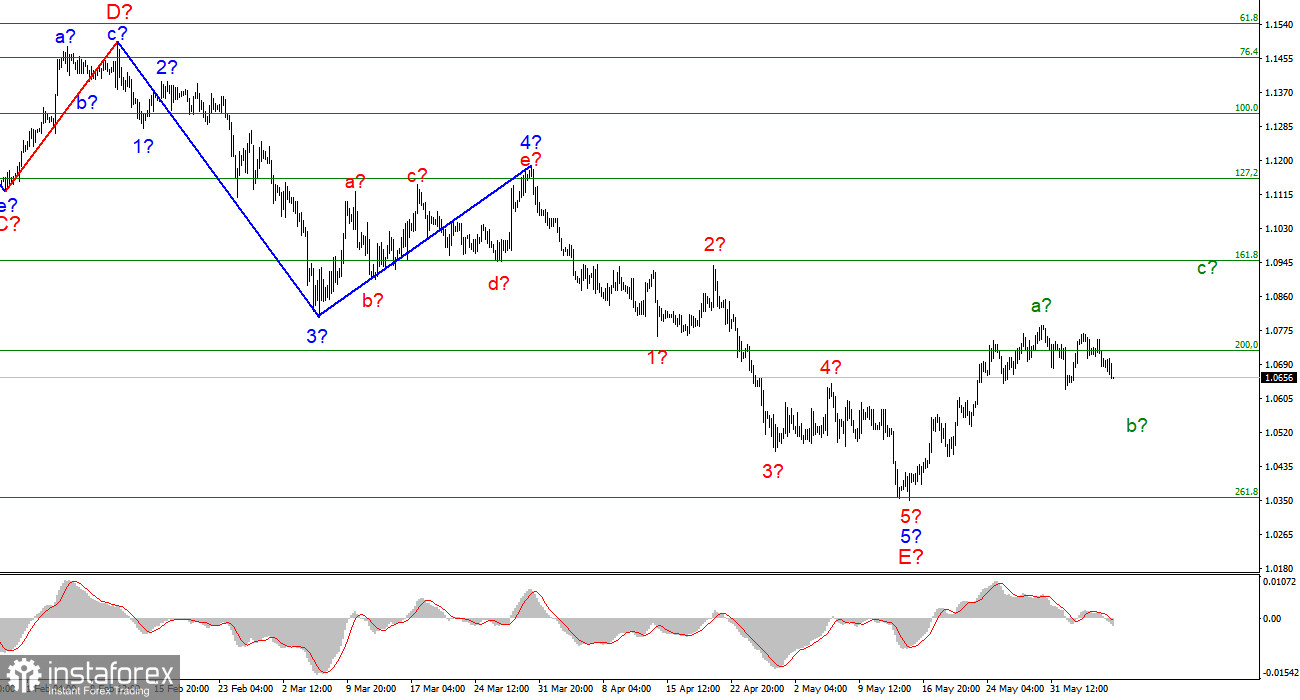 The wave marking of the 4-hour chart for the euro/dollar instrument continues to look convincing and does not require adjustments. The instrument has completed the construction of the descending wave 5-E, which is the last in the structure of the descending trend section. If this is indeed the case, then at this time the construction of a new upward trend section has begun. It can turn out to be three-wave, or it can be pulsed. At the moment, two waves of a new section of the trend are already visible. Wave a is completed, and wave b can take a three-wave form, and in this case, the decline in the quotes of the instrument will continue with targets located around the 6th figure or slightly lower. Wave 5-E turned out to be a pronounced five-wave, so its internal wave marking is beyond doubt. The only option now in which the decline of the euro can resume for a long period is the rapid completion of the correction section of the trend and the construction of a new downward impulse. However, to identify this option, you need at least the completion of the ascending wave c, the targets of which are located about 9-10 figures.

There are no news and reports, and the dollar enjoys a pause

The euro/dollar instrument fell by 40 basis points on Tuesday. The news background of today was simply absent, so the market moved the instrument only based on wave markup. And the wave marking is now almost unambiguous - it assumes a further decrease in the instrument by another 50-100 basis points. Already on Wednesday and Thursday, the news background for the instrument will be much stronger, but this does not mean that demand for the European currency will begin to grow again. American inflation may cause a decline in the European currency and the construction of the corrective wave b will be completed. And on Thursday, the ECB should announce the completion of the APP program or its readiness to raise the interest rate at the next meetings, then the demand for the European currency will already grow. Thus, the wave analysis and the news background still look very harmonious with each other.

It is the European Central Bank that can fail. Although the heads of the central banks of the Eurozone have already openly stated the need to raise the rate by 50 basis points, this does not mean that the ECB will decide on such a step. And for sure it will not dare to take such a step in June. By and large, the pressure on the ECB's position is exerted by the inflation indicator, which continues to grow and will continue to do so in the near future. The European economy is showing very modest growth, but this growth still allows you to raise the rate once or twice. I think that in 2022, we will still see a tightening of monetary policy. In addition, the APP program, according to which the ECB still buys securities for not very significant amounts monthly, should be completed this summer. Thus, I believe that monetary policy in the European Union will tighten, but at a very slow pace, much lower than in the United States. This should be enough for the euro currency to build at least a corrective section of the trend.

Based on the analysis, I conclude that the construction of the downward trend section is completed. If so, then now you can buy a tool with targets located near the estimated mark of 1.0947, which equates to 161.8% Fibonacci, for each MACD signal "up". It is best to wait for the completion of the construction of wave c-b, its low should be located slightly below figure 6. 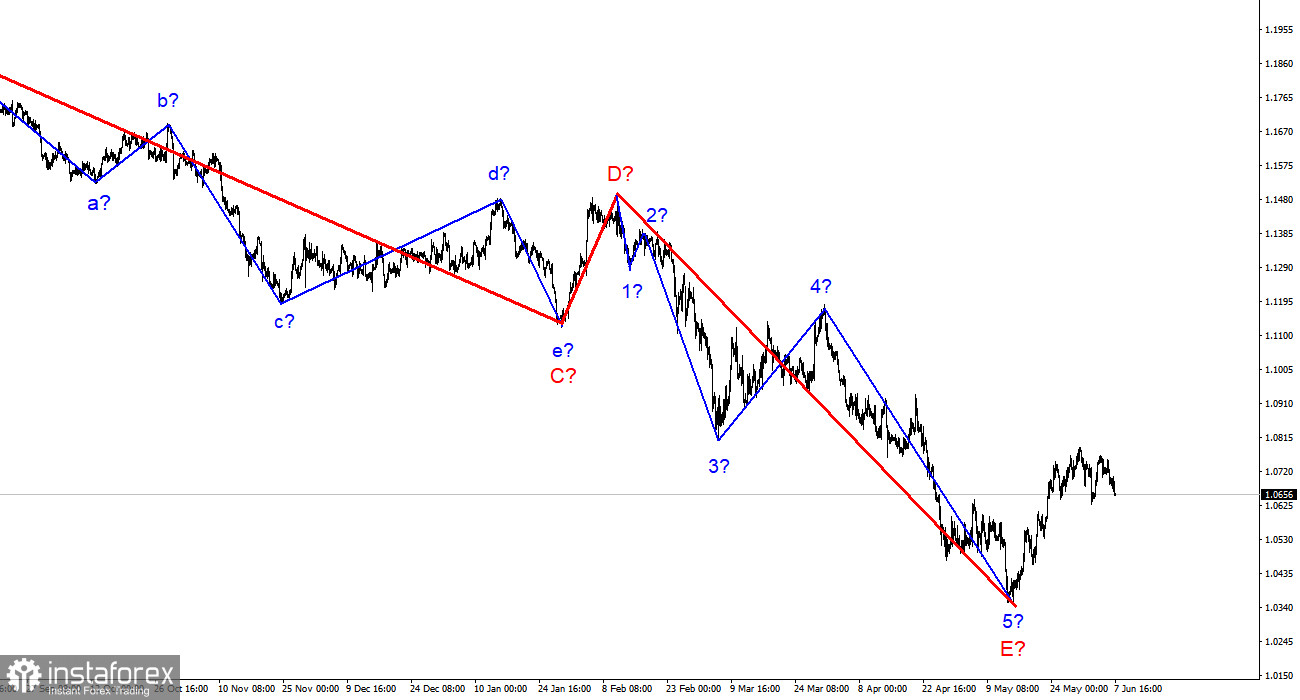 On a larger scale, it can be seen that the construction of the proposed wave E has been completed. Thus, the entire downtrend has acquired a complete look. If this is true, then in the future for several months the instrument will increase with targets located near the peak of wave D, that is, to the 15th figure.