The new governor will push the Czech National Bank to a more dovish tone and cut rates earlier. But today's announcement did not shed more light on the new composition of the Board. We think markets are underestimating the potential rapid transformation of the CNB into a dove 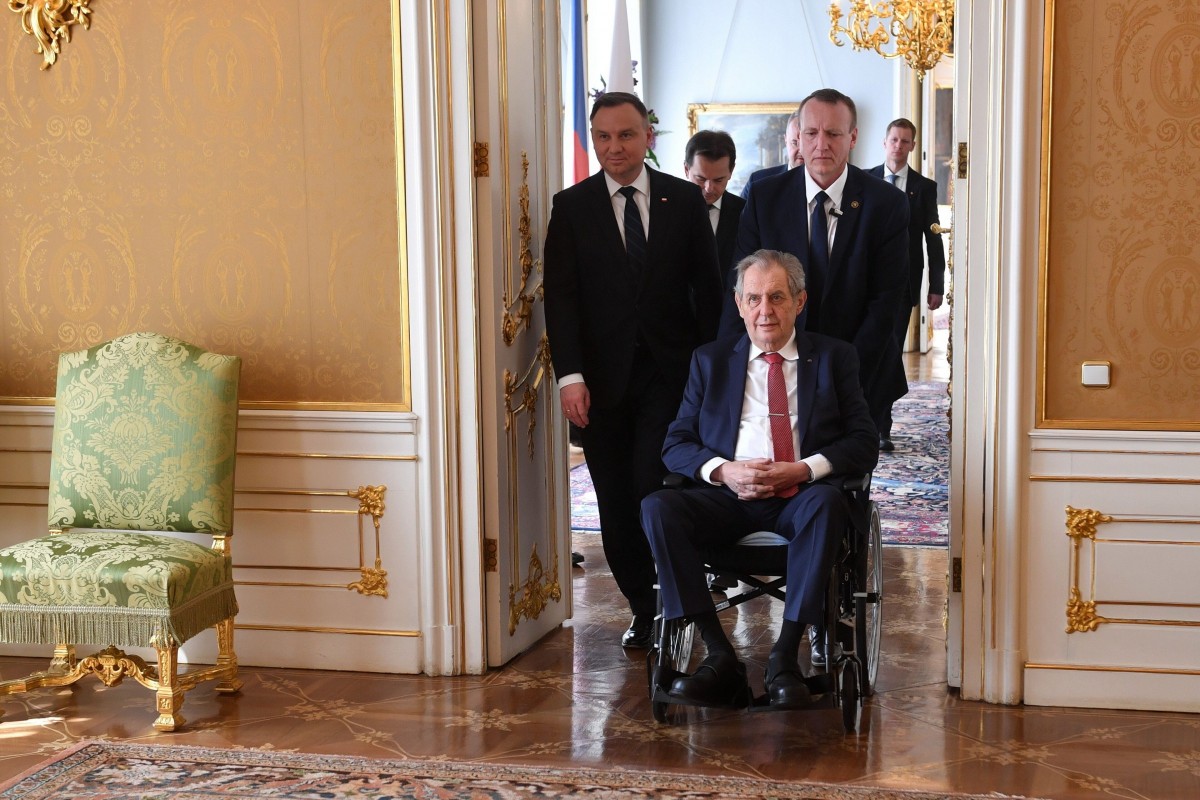 The president wants more debate from the CNB Board

As expected, Miloš Zeman, the president of the Czech Republic, today appointed current board member Ales Michl as the new Czech National Bank (CNB) governor. He will become the head of the central bank from 1 July. During today's press conference, the president said that interest rates are no longer helping to dampen inflation due to their cost nature. On the other hand, Zeman does not want a "sharp cut in interest rates", but believes that there is no reason for further hikes. He also repeatedly thanked outgoing governor Jiri Rusnok for his work and expressed regret that he could no longer appoint Rusnok for another term due to CNB rules. This gives us an interesting insight into the mindset of the president, who is probably not completely against raising rates but wants more diverse discussion within the Board.

I do not wish to see a sharp cut in interest rates, but I believe that there is no reason for further hikes.

New governor Michl said he expects inflation to be back on target in two years. However, he sees inflation being imported largely through higher energy prices, and he said higher rates are not "reducing inflation much". Therefore, rates at the time his mandate begins will be at a sufficient level to tame demand pressures, and he will propose rate stability at the first monetary policy meeting (probably in August) for "some time" and will assess further information from the economy. He also said the CNB under his leadership "will remain conservative and nothing will change".

New composition of the Board remains unclear

Today's press conference did not hint at further changes to the Board. So after today's appointments, three more seats are in play over the coming weeks. During the press conference, the president cited opinions against raising rates from Vladimir Dlouhy (head of the Chamber of Commerce) and Petr Barton (chief economist at Natland Investment Group), but based on the words from Michl, it seems that the composition of the board after 1 July is still undecided.

In our baseline scenario, we expect the next announcement of changes to the board to take place in June and the president to come up with new names to replace Tomas Nidetzky and Vojtech Benda. The changes will then take place in February 2023 when we expect Marek Mora and Oldrich Dedek to leave the board due to their second term. However, based on the president's words, we do not believe that all the new names will necessarily be close to the new governor and therefore it may be difficult to find a consensus within the Board.

As we said, the situation remains very unclear and the CNB's next steps will depend on the new composition of the Board after 1 July. Following the release of April inflation, which significantly beat the CNB's forecast in both the headline and core components, we believe the central bank is returning from the alternative scenario to the baseline scenario published at the May meeting, which indicated rates above 8%. We are yet to see another set of monthly indicators before the June meeting, but we can expect the current Board to want to raise rates as much as possible, following the CNB staff recommendation. In the base case scenario, we expect at least a 100bp rate hike in June and we cannot rule out the CNB considering FX interventions in the coming weeks or increasing volumes as part of the current market activity to bring the koruna back below 25.0 EUR/CZK. The longer view depends strictly on the new composition of the Board, which may change our view significantly. For now, we expect rate stability and gradual rate cuts starting from the November meeting and the CNB's new forecast.

What to expect in FX and rates markets

The market reacted to today's announcement with a sharp drop in rates across the curve, however, at the time of writing it has moved slightly up again and is looking for new levels, which we believe will take the next few days. However, given how difficult it is to read the situation, it will be hard for the market to find a new view and we are likely to see high volatility in the coming weeks. We expect the CNB to turn more hawkish before becoming more dovish. Thus, we think the market is underestimating the CNB dovishness in the longer term, which supports our receiving bias, resulting in curve steepening.

On the FX front, the koruna reacted with further weakness and we can expect pressure to increase in the coming days as the market processes the CNB's transformation into a dove. However, we can expect a more aggressive approach from the current board on the rate side and in FX interventions in the coming weeks, hence we do not expect a further significant weakening of the koruna closer to 26.0 EUR/CZK. On the other hand, today's news ended the dominance of the koruna in the region and we do not expect it to return to previous levels.