Today we are looking at the SPX500 as sellers look to have started a new push lower that could continue the normal trend series of LHs and LLs.

Since the 30th of March, we have watched the current pullback gather momentum. Could it be the start of a new medium-term to long term downtrend? We will first have to see if sellers can continue the current trend series with a new LL.

It’s been a clean normal trend so far since sellers broke the uptrend. We can see the clear series of LHs and LLs show a normal pattern of trend. Today sellers beat the last bars open and have also beaten minor support seen at 4388.50. The real target remains the last LL as we have seen a new LH form. We have also noted the LH that’s formed under the 0 level on the CCI. A CCI trading below the 0 can support bearish price action ideas.

What’s standing in the way for sellers remains the current area of potential demand. If this is an actual push lower, we want to see the demand area beaten and a new LL put in. A failure to set a new LL with a new counter rally could be a warning sign that seller momentum is not as strong as thought.

This week traders should keep an eye on US earnings and US treasuries. 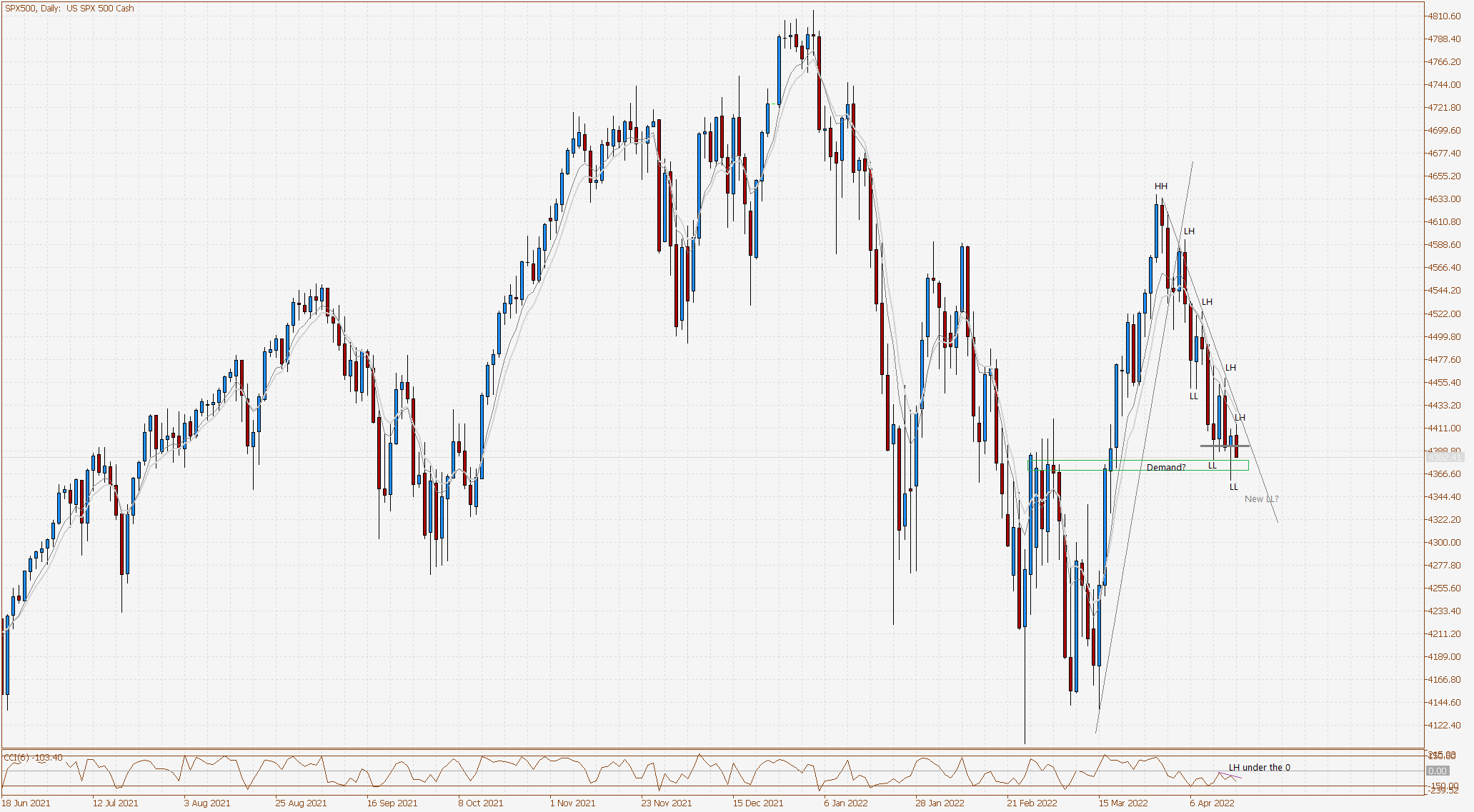