Pound tested 1.1821 at a time when the MACD was just starting to move above zero, which was a good signal to buy. However, the quote did not increase much, and after rising by just 10 pips, it returned to 1.1821, then completely collapsed to 1.1787. This level was tested, but the MACD line was far from zero, so the downside potential was limited. 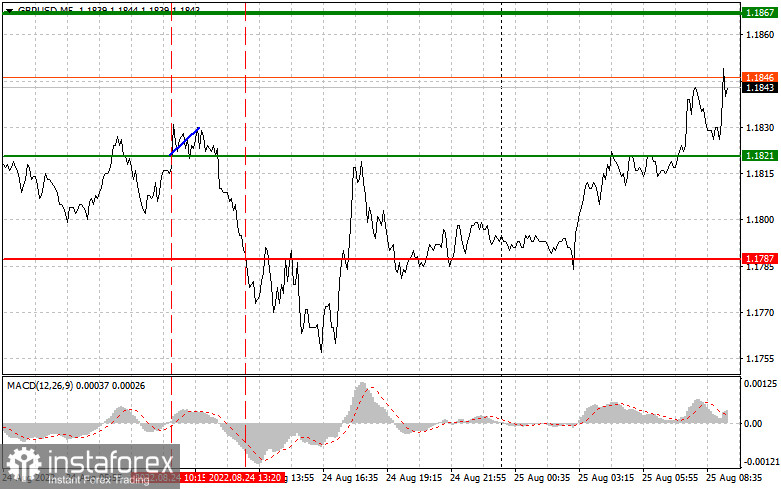 The lack of statistics in the UK led to a decline in GBP/USD yesterday morning, but it was offset by weak data on the US economy released in the afternoon. It is likely that the bullish dynamics will remain today because even though there are no important reports scheduled to be released, the pair has recovered from the yearly lows. And even though retail sales data in the UK will not lead to a strong surge in volatility, US reports on GDP and jobless claims will set the direction of the market. But the start of the Jackson Hole symposium will be much more interesting as the meeting will certainly affect sentiment.

Sell pound when the quote reaches 1.1824 (red line on the chart) and take profit at the price of 1.1784. Pressure could return at any moment, especially if the US reports better-than-expected economic data, and if the Fed remains hawkish on their monetary policy. 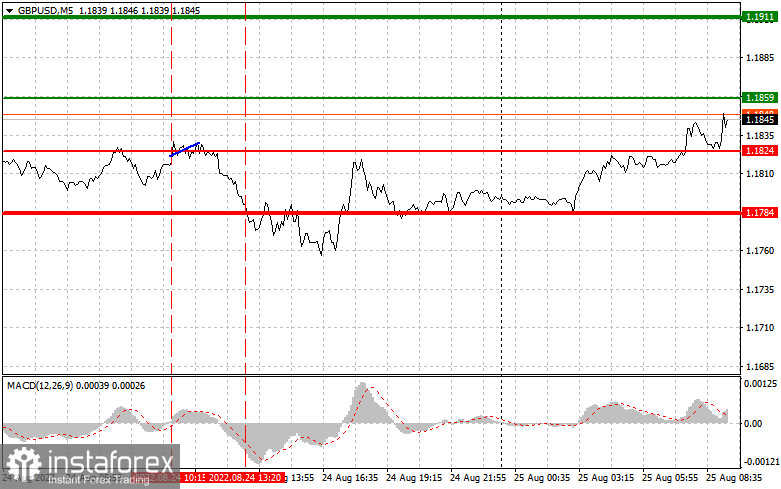 Relevance up to 08:00 2022-08-26 UTC+2 Company does not offer investment advice and the analysis performed does not guarantee results. The market analysis posted here is meant to increase your awareness, but not to give instructions to make a trade.