Analysis of GBP/USD on July 4th. The pound avoided the complication of the wave marking on Monday

Relevance up to 17:00 2022-07-05 UTC+2 Company does not offer investment advice and the analysis performed does not guarantee results. The market analysis posted here is meant to increase your awareness, but not to give instructions to make a trade. 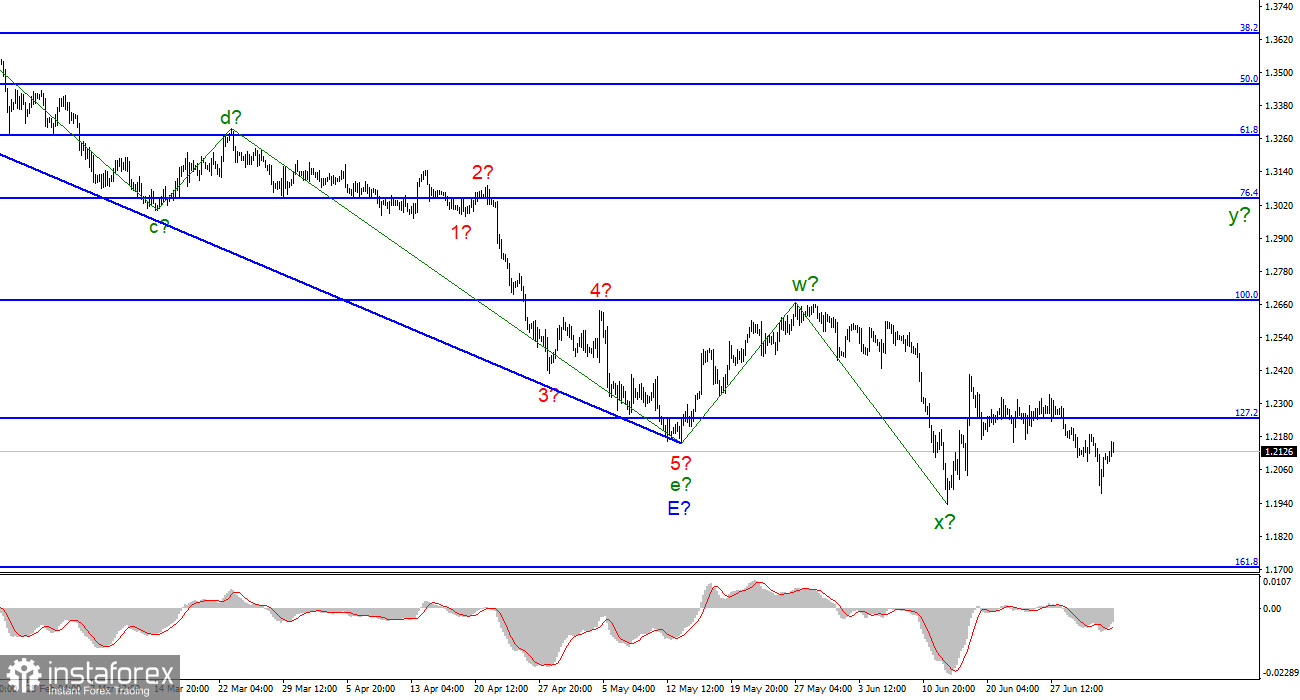 The wave marking now needs additions and modifications, but it may still take a more or less manageable form, according to the pound/dollar instrument. The final downward wave has now surpassed the anticipated downward trend segment's low, meaning that it has finished. As a result, the traditional a-b-c corrective structure will no longer function. However, wave analysis enables the creation of multiple corrective structures, allowing for building a more sophisticated three-wave configuration, w-x-y. In any case, there is still a strong correlation between the pound and the euro, and both currencies should develop about the same portions of the trend. Ascending. In the same way that it can be a typical a-b-c in terms of the euro and a more uncommon w-x-y in terms of the pound. However, in both situations, the instruments should now construct an ascending wave that exceeds the peak of the earlier ascending wave. Both instruments, however, currently exhibit more willingness to resume the slide than to create an upward wave. Even though recent euro and British pound news has not been particularly negative, demand for both currencies is falling.

The nonfarm payroll report is the week's biggest event.

The pound/dollar exchange rate didn't experience a new loss on July 4, but it has lost enough ground recently that it is now seriously questioning its capacity to keep constructing an upward wave. The instrument has risen by 30 basis points today, but such a strengthening hardly suggests that the market is prepared to resume constructing the upward wave I am hoping for. Quite the contrary. Since the instrument hit its wave x low last week, the entire corrective structure and its internal wave have come under scrutiny. As a result, the wave pattern is extremely unstable and may need to be adjusted as soon as this week.

Is there any hope for the pound? This week, there will be a minimum, so these figures are not British. In America, there won't be many economic developments either. I'm hanging my hopes on Friday's nonfarm payrolls and the dismal unemployment numbers. But we still have to survive until Friday, and the British national must make an effort to delay tumbling under the predicted wave x's low until Friday. And given how low it is, this is already an extremely challenging challenge for the pound. However, if it manages to complete this mission, it is in no way guaranteed that American statistics will be subpar.

Furthermore, we are more interested in how the market will respond to the statistics than in the statistics themselves. The market has a history of interpreting events uniquely. I currently calculate that the likelihood of being British increases by no more than 20%. I will only alter the wave marking when there are clear and compelling reasons to do so because I don't want to overtake the locomotive.

The pound/dollar instrument's wave pattern is still quite unclear. I continue to anticipate the development of an upward wave. The instrument will increase again with goals above the calculated mark of 1.2671, or 100.0% Fibonacci, if the wave marking for the current wave is accurate. In my opinion, every "up" MACD signal is a buy signal. It will become necessary to modify the wave markup if the effort to penetrate the low wave x is successful. 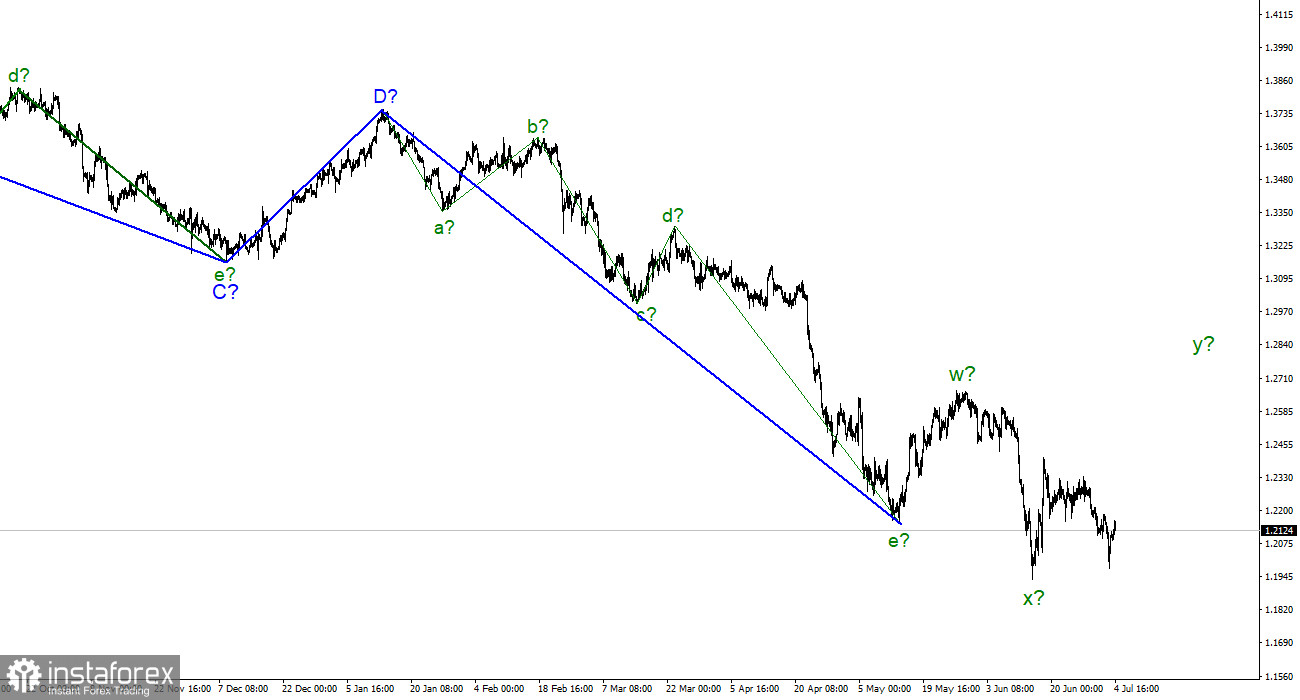 The complete downward trend section appears fully equipped at the upper scale, albeit it may take on a longer form. Adjustments will need to be made if the current correctional system continues to take an even more non-standard shape.