The pro-inflationary impact of the war in Ukraine is finally filtering through into the data. Monetary policy might shift to a higher gear 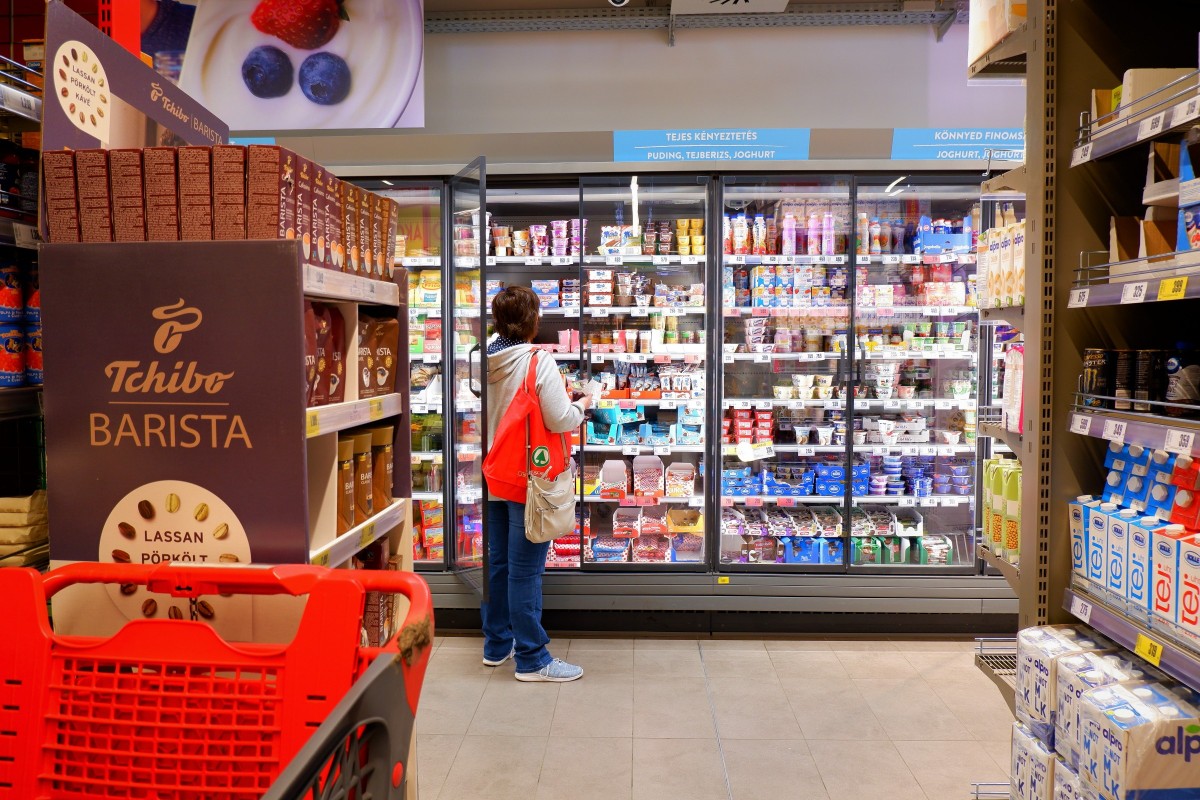 The impact of the war is finally appearing in inflation data

April's inflation data is finally showing the impact of the Ukraine war. While the March release was a relatively pleasant surprise, with only a moderate acceleration in price pressure, inflation in April was the total opposite.

There has been a sharp rise in prices: on a monthly basis, it reached a 1.6% rate. The last time we had such a strong dynamic was in 2012 after a VAT increase. The bad news is that the current tide in prices is not the result of a single measure. Roughly 50% of the consumer basket items showed double-digit year-on-year inflation in April. Against this backdrop, the 9.5% year-on-year headline inflation print is hardly surprising.

Main drivers of the change in headline CPI (%) 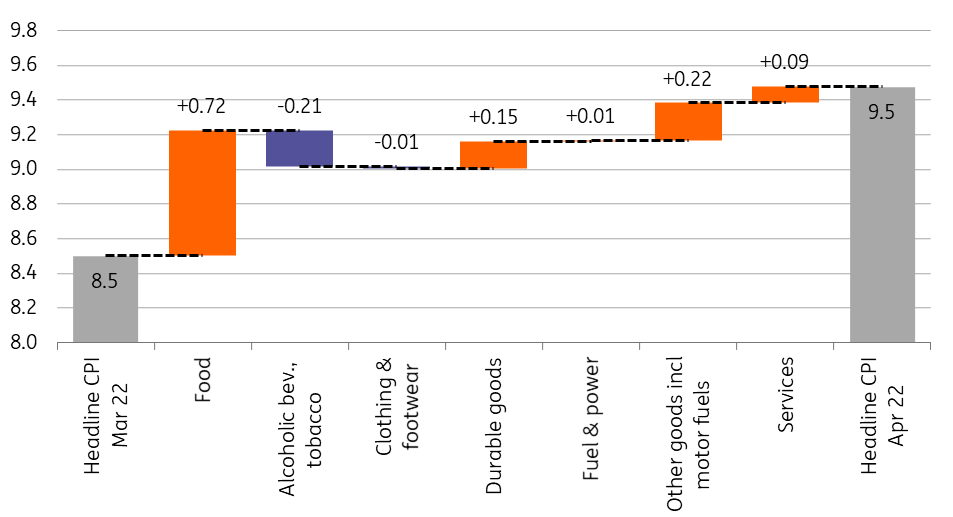 The composition of headline inflation (ppt) 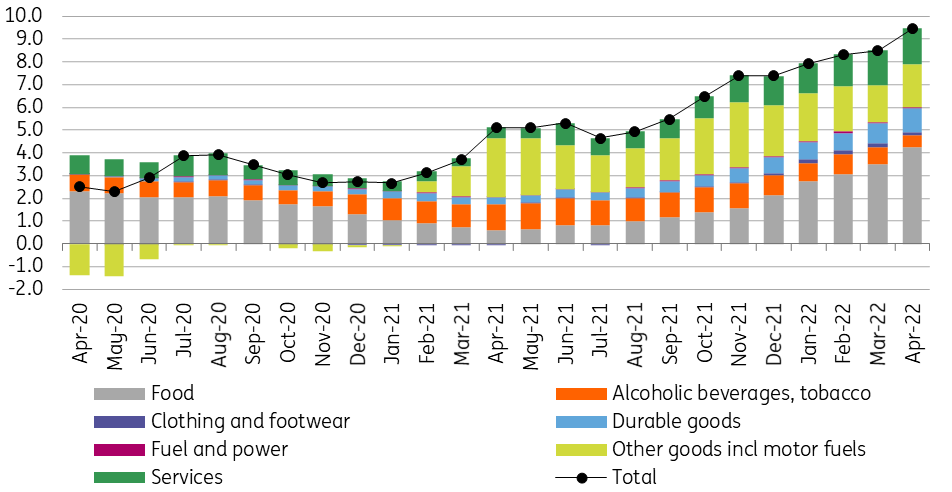 The last point also means that, as alcoholic beverages and tobacco are not part of the core inflation basket, this base effect didn’t have a beneficial effect on core inflation. While headline inflation accelerated by 1ppt, the core reading rose by 1.2ppt. With that, double-digit underlying inflation has arrived in Hungary: the Statistical Office registered a 10.3% year-on-year core indicator. The central bank’s underlying inflation indicators, which are good predictors of medium-term developments in price changes, have also moved into the double-digit category. 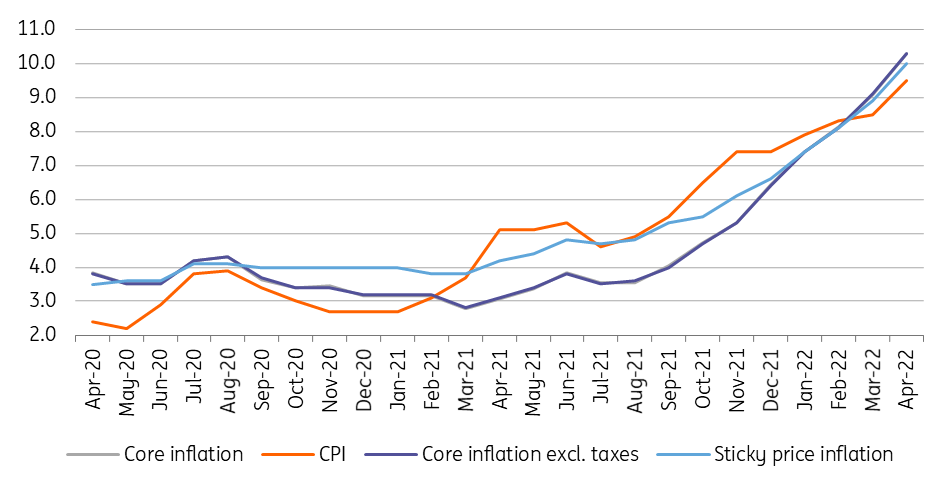 Inflation in Hungary is expected to rise further in the coming months, as the economy continues to show a significant demand-supply mismatch. Labour shortage, rising wages and other supply-side shocks are increasingly spilling over into consumer prices, with companies enduring significant pricing power. Recent surveys are showing that roughly 60-80% of companies (depending on their respective sectors) are planning further price rises.

In light of today’s upside surprise, headline inflation will soon reach double-digits as well. The extent and timing of the peak in price pressure highly depend on the fate of price caps, but as of now, we see the peak well above 11% in the third quarter. On average, we forecast a 10% headline reading in 2022.

As far as monetary policy is concerned, as underlying inflation is also strengthening to an extraordinary extent (1.8% month-on-month), the National Bank of Hungary will hardly have an opportunity to think about stopping the interest rate hike cycle anytime soon. In our view, the recent data will urge the central bank to rethink its tightening path both from the perspective of its length and its peak. We see a possibility that the central bank will speed up its effective rate hiking from the recent 30bp tempo to 50bp or even 75bp in May. Against this backdrop, our 8.25% terminal rate call seems outdated and we now see the peak in base and 1-week deposit rates at above 9%.