More Rate Hikes Are Coming. The Increase In The USD/JPY Will Not Change The Political Position Of The Bank Of Japan

Expect more big rate hikes in September from the major central banks, even if many of them are closing in on the end of their respective tightening cycles 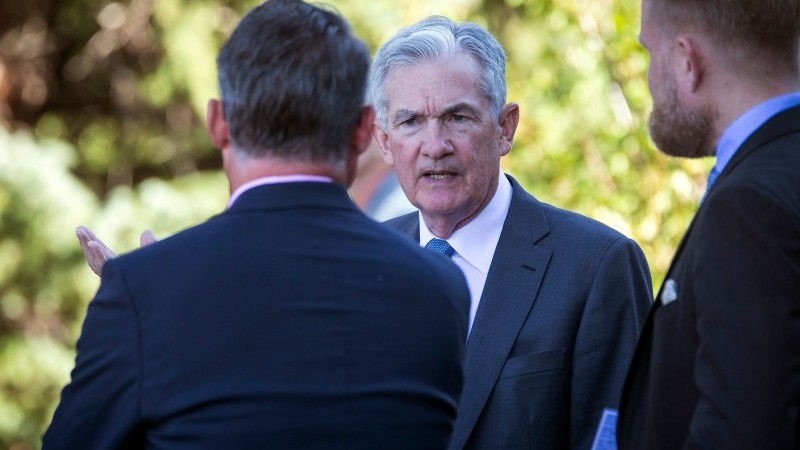 Rationale: While there was a technical recession in the first half of the year this was attributed to volatility in trade and inventories. Consumer spending, business capex and job creation are firm, and with inflation remaining stubbornly high and financial conditions not tightening as much as the Fed would like, more rate hikes are coming. But the 2023 global outlook is deteriorating while higher interest rates and the strong dollar are set to weigh on domestic activity, which is already facing a steep downturn in the housing market. We expect rate cuts next summer.

Risk to our call: Two-way. If the labour market remains tight and inflation doesn't fall as quickly as we expect then rate hikes will continue for longer.  Conversely, if the economy reacts badly to rate hikes a deep recession will likely prompt a more rapid reversal in Fed policy.

Our call: A 50bp rate hike in September and another 25bp in October, followed by a long pause.

Rationale: The eurozone is facing a longer recession and financing conditions have already tightened significantly in recent weeks. The ECB will try to bring its policy rate to the lower end of the range for neutral rates as quickly as possible. However, we think that the ECB is still underestimating the risk and severity of a recession. As soon as the recession becomes more evident, the ECB will also turn more dovish. Any neutral policy rate is much lower in a recession than in a strong growth environment.

Risk to our call: The paradigm shift in many central banks and a high acceptance of a worsening recession is the price to pay to fight inflation. The risk is that the ECB will continue hiking way into the recession and would deliver a total of 150bp rate hikes until Spring 2023.

Our call: A 50bp rate hike in September and November

Rationale: For the same reasons as the ECB, we think the Bank of England is closer to the end of its tightening cycle than the beginning. That said, there is scope for further aggressive action in the near term. While core inflation should fall throughout next year, the jobs market remains tight and the Bank is worried about the risk of persistent wage inflation. We also think a large government energy support package looks increasingly inevitable, and we think that could provide further impetus for the BoE to keep hiking in the near term. The recent weakness in sterling will bolster the hawks' case, even if in practice this isn’t likely to move the needle for inflation all that much.

Risk to our call: Two-way. A lack of government support could force the Bank to stop hiking sooner. Equally a 75bp rate hike in September shouldn’t be totally ruled out given other central banks' actions, and neither should the risk of Bank Rate hitting 3% later this year. However, that would make rate cuts more likely in 2023

Our call: Bank of Japan will maintain an accommodative policy stance.

Rationale: CPI will likely stay above 2.5% till the end of 2022, but the BoJ will downplay it as 'cost-push' driven inflation that will prove to be temporary. Labour conditions are expected to become tighter as labour shortages persist, but it is still questionable that this will lead to meaningful wage increases over the coming months. Even if USD/JPY rises above 140, it won’t be a reason for the BoJ to change its policy stance.

Risk to our call: If signs of wage growth are detected then the BoJ may reconsider its policy stance, but that will become more likely when Governor Haruhiko Kuroda retires next April.