Although US Bonds Yields May Be Higher, Current Circumstances Are Not Clear As US CPI Release And Correlated Fed Interest Rate Decision In June Are To Shape Markets | ING Economics

The inflation concerns are easing ahead of today’s US CPI reading. We doubt central bankers will back down so soon, however. Markets are coming around to our view that a peak is near in yields, but we think it might still be a couple of months away 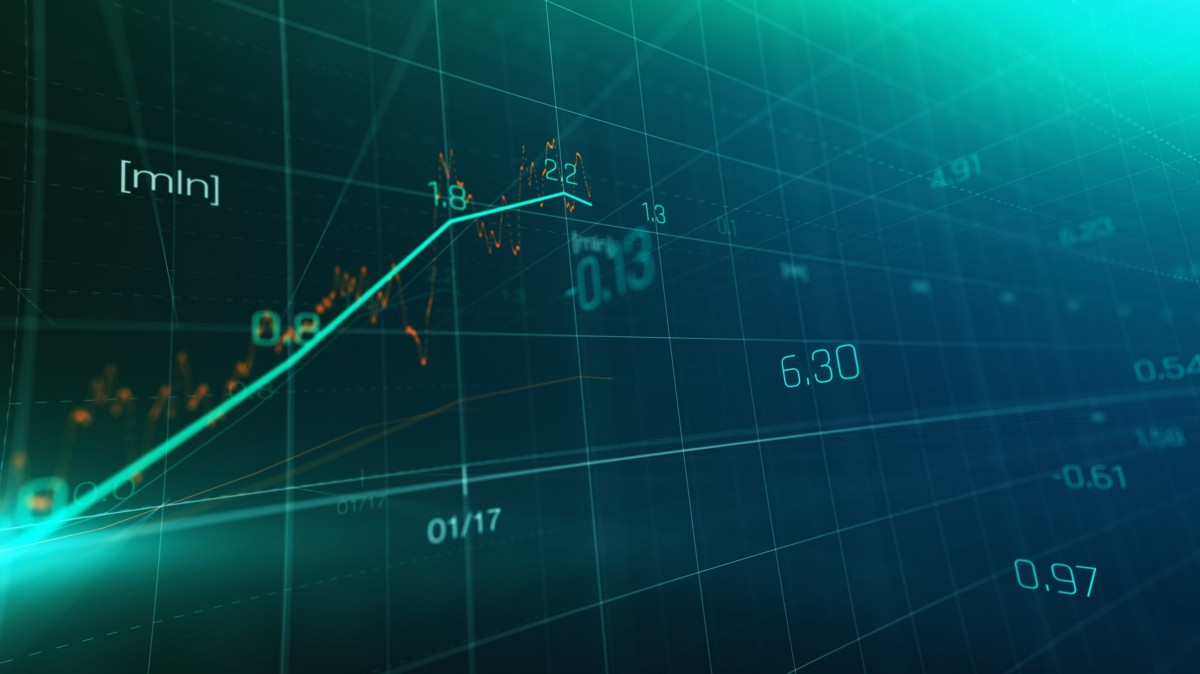 Meanwhile the 10yr real yield is now above 30bp. Add that to the inflation expectation and we get the sub-3% 10yr Treasury yield. The move higher in the real yield has been spectacular. Back in March it was deeper than -100bp. The move to 30bp is a sign that the economy has morphed away from the need for ultra-loose policy. And a continued move higher takes it towards a more normal footing. In fact a 10yr real rate in the area of 1% would not look out of whack. If we got there, inflation expectations would fall far more.

Today’s US CPI number will be important, but not determinative. In other words it should not have a material impact on the 10yr inflation expectation. That said, if it’s an outsized / surprise number, it’s then more likely to have an impact out the curve. Our central view is in line with the market view, where we do see a fall in contemporaneous inflation, consistent with the recent tendency for inflation expectations to ease lower. We’ve been surprised by this though, and think it’s too early to call it a trend.

The inflation scare is easing but beware of circular reasonings

The ‘peak inflation’ narrative should receive a boost from slowing US annual headline and core inflation readings today but we would be cautious about chasing the move lower in rates. As always, forward-looking markets could apply a heavy discount to central bank rhetoric but an acceleration in monthly core CPI means Fed officials are unlikely to change tack just yet. One should also remember that the decline from the inflation peak will be very slow indeed, keeping pressure on the Fed to act.

Swaps show inflation is no longer the market's only concern

US CPI and Eurozone HICP swaps have dropped significantly this month

Further afield, inflation compensation offered by US CPI and Eurozone HICP swaps has dropped significantly this month. Should markets conclude that central banks can now afford to be less hawkish? Only up to a point. To some extent, the drop in inflation swaps is owing to a deteriorating global macro environment, but the post-FOMC timing of this drop also suggests that it has at least as much to do with expectations that central banks will deliver on expected tightening. We would be careful with such circular reasonings.

For an example of the doubt setting in investors’ mind about central banks’ ability to tighten policy, look no further than yesterday’s better-than-expected German (Zew) and US (National Federation of Independent Business) sentiment indicators. None of the readings was enough to alleviate global growth gloom but the NFIB details in particular could have brought inflation fears back to the fore. We suspect it is too early to call the end of the hawkish re-pricing, with central bankers still very much on their front-foot when it comes to delivering monetary tightening. 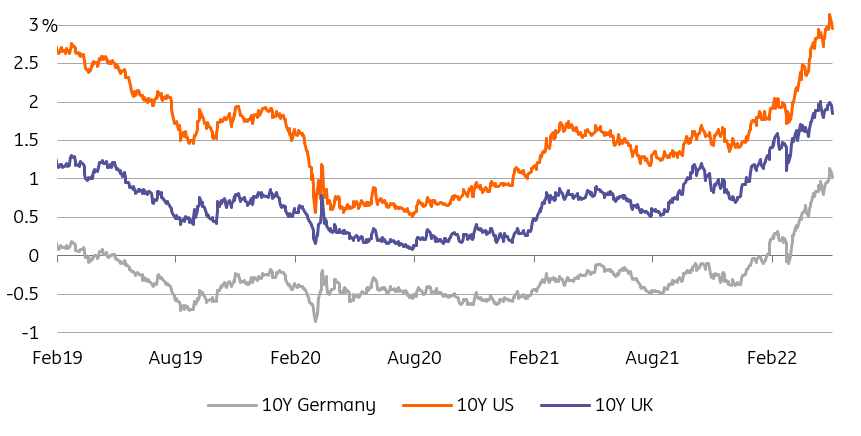 We think a better candidate for a peak in yields in this cycle is during the third quarter of this year, after the ECB’s expected first hike and after the couple of additional 50bp hikes the Fed has committed to. This being said, turning points are notoriously difficult to pick and we have sympathy with the growing view that there is a short time limit to this tightening cycle. Should 10Y bonds fail to hold on to their recent jump above the psychologically important levels of 3% for Treasuries and 1% for Bunds, it may take a lot of good news to test these levels again.

Germany (10Y) and Portugal (8Y) make up today’s Euro sovereign supply slate. This will come on top of a dual tranche NGeu syndicated deal in the 3Y (new issue) and 30Y (tap) sectors. In the US session, the Treasury will auction 10Y notes.

The main release of note in the afternoon will be the April CPI report. Consensus is for the annual readings to cool down from the previous month but a monthly acceleration in core could muddy the picture for rates.

There is also an extensive list of ECB speakers on the schedule, culminating with interventions from Christine Lagarde and Isabel Schnabel.