What Will Happen On Crypto Market In The Following Week?

Well, so far, we’ve seen another choppy week with rallies and sell-offs. The week started on a positive note as buyers regained control after a weak end to the previous week. Buying jumped on Tuesday and peaked on Wednesday. At this point, you would have been justified in thinking, could we be set to start testing last week’s highs? Out of the top 10, AVAX and BNB did manage to test or break last week’s highs, but most failed to reach those levels before momentum swung hard back to the seller camp on Thursday.

For now, Crypto looks to be locked into the risk response to the current crisis seen in Eastern Europe between Ukraine and Russia. As tensions increased, sellers hammered into crypto coins, knocking most of the week’s gains. Bitcoin and Ethereum lost just over 8% yesterday, and AVAX traded as much as 9% lower before closing off lows.

At this stage, the crypto top 10 and 25 indexes sit just in the red after giving back just over 8% in gains. For us, the picture looks quite clear moving forward. Tensions in Europe, but we think markets should recover. If we see tensions continue or sadly if the situation escalates into all-out conflict, we would think that coins could see heavy seller pressure.

Our focus is on Ethereum weekly chart this week as we look at this week’s fade, lining up with the current LH under bearish MAs. For now, supply looks firm from 3080 and if we see a lower close this week, that set up a new move back to the 2430 area that also lines up with previous support at the 86MA? We do think that for this to happen, there might need to be further fundamental influence to maintain the selling. The daily shows support at 2860, so if geopolitical tensions remain the same or ease, a hold at that area could set up a new move to retest this week’s highs and start putting pressure on the weekly bearish picture. 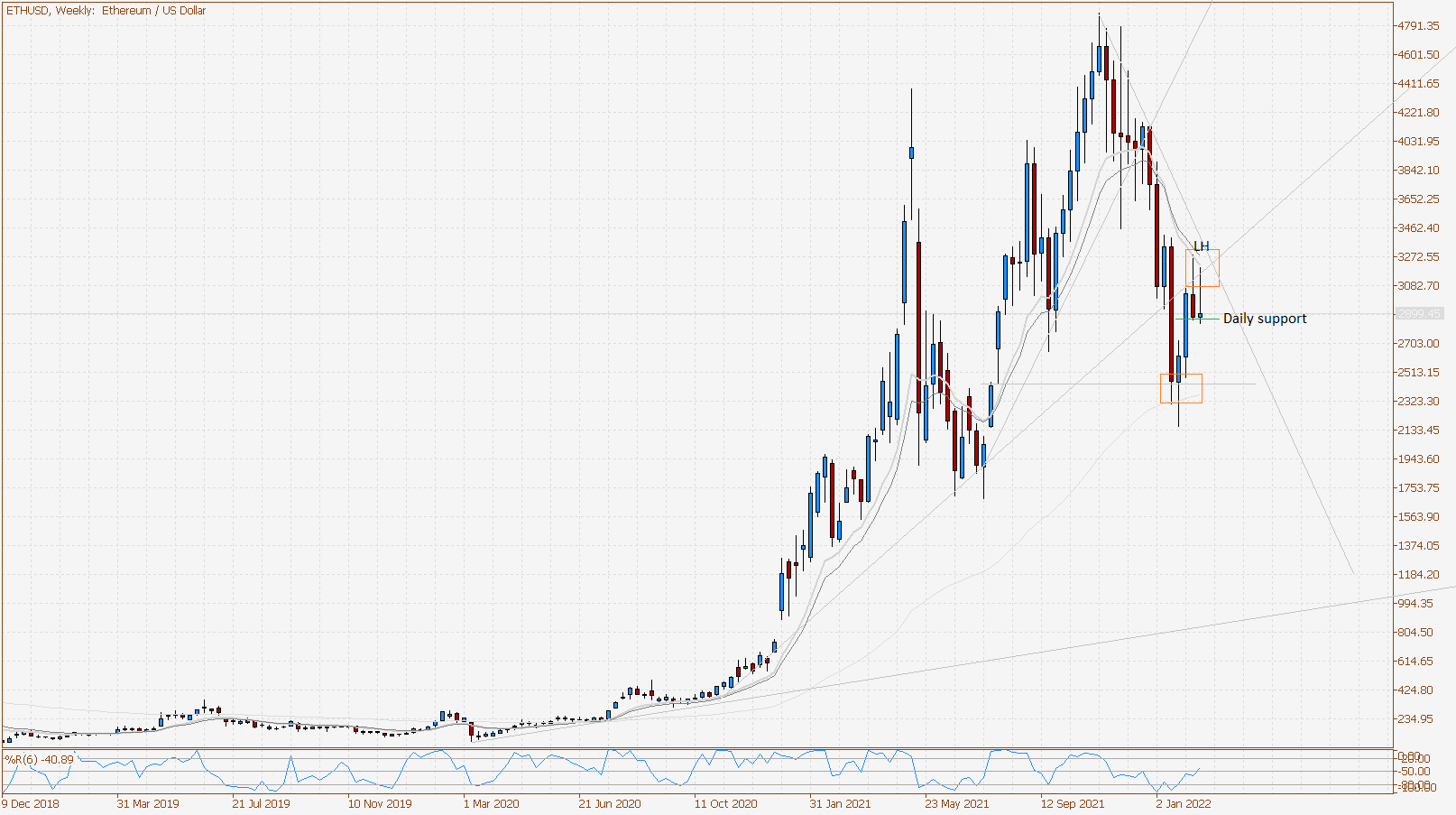