Is Crypto Crash Still There!? Why does Bitcoin (1 BTC To USD) continue to decline despite the rise in "buy the dip" sentiment? | InstaForex

Relevance up to 10:00 2022-06-18 UTC+2 Company does not offer investment advice and the analysis performed does not guarantee results. The market analysis posted here is meant to increase your awareness, but not to give instructions to make a trade.

The crypto community held its breath as the price of Bitcoin approached the vital $20k level. Subsequently, the buyers managed to recapture an important milestone and stabilize the situation. The asset managed to get to the $22k level and start consolidating. The number of mentions of "buy the dip" is growing on the network, which has always been a signal for the formation of a local bottom. In addition, Bitcoin has formed a "bullish hammer" pattern, which can also be regarded as a positive signal for a likely price reversal. 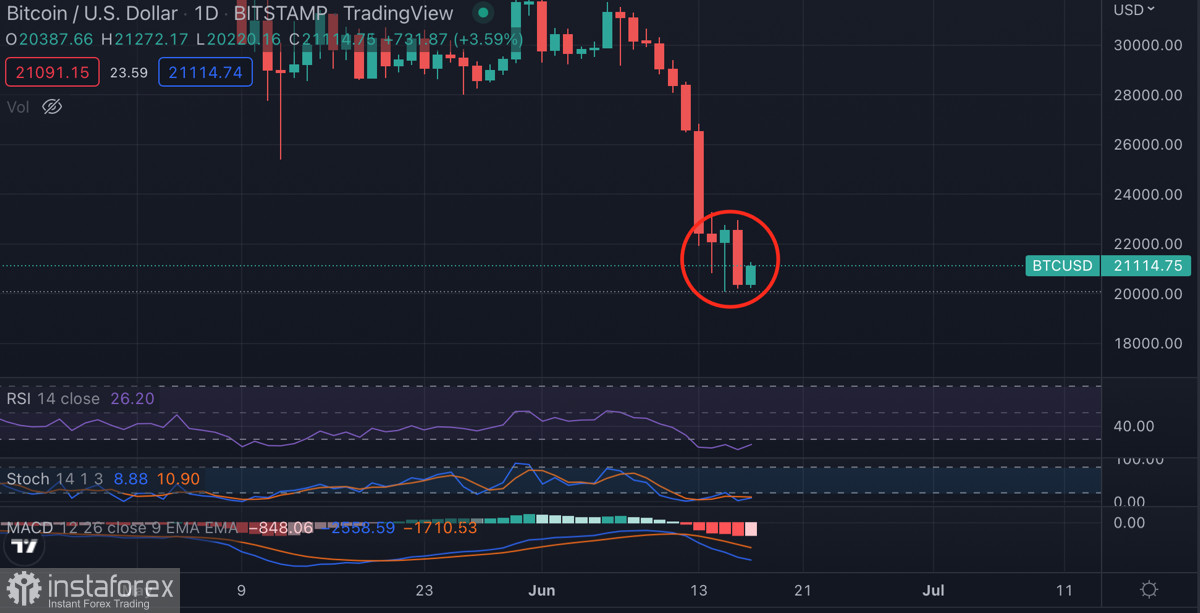 All of the major metrics also point to bear market peaks. The fear index has updated its annual maximum, which indicates that the point of highest tension has been reached. Also, the volume of long positions on some crypto exchanges continues to grow. Santiment experts believe that large investors are ready to defend the $22k level, which is becoming a key area for a trend reversal.

Technical indicators also demonstrate local positive. The RSI index starts an upward movement and will soon leave the oversold zone, which indicates the activation of purchases. The Stochastic Oscillator has formed a bullish crossover and is also approaching the upper border of the oversold zone. In general, positive signals are visible, but there is no need to hope for a successful implementation of short-term bullish impulses, since similar situations have been observed over the past two weeks. In addition, the MACD is still in a direct downward peak, which indicates that the bulls are not taking any initiative in the long term. 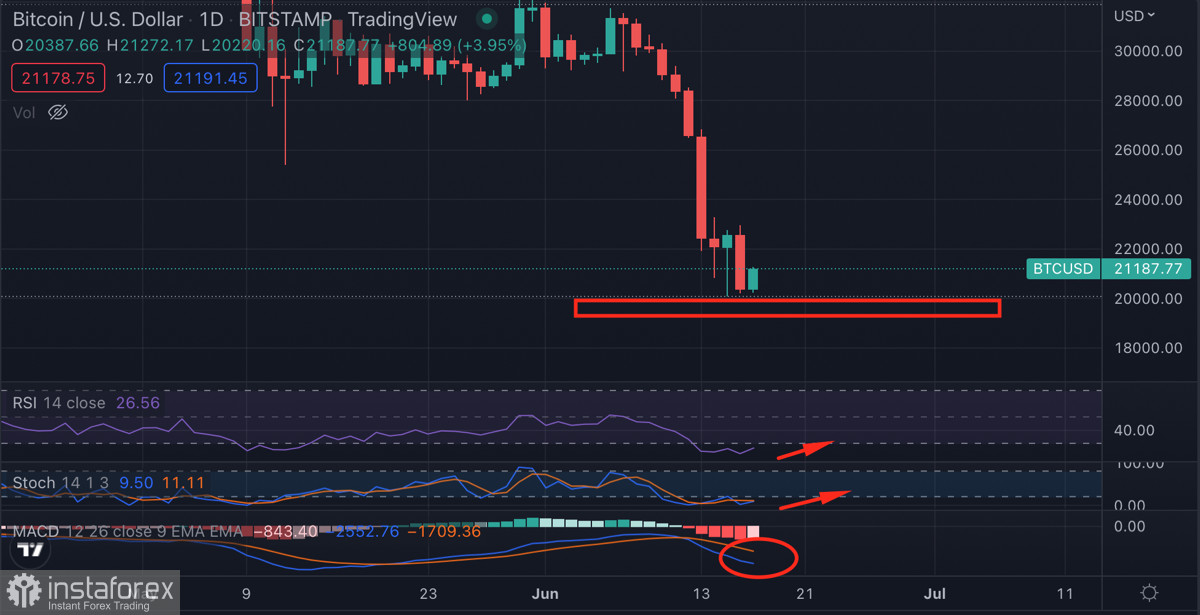 Sellers also do not lose their grip and continue to put pressure on the price. As of June 17, the asset has fallen below $22k and is trading in the $21k area. Over the past two weeks, a record number of Bitcoins have entered crypto exchanges, and the worsening economic crisis and rising inflation continue to negatively affect the quotes of the first cryptocurrency. One of the main reasons why a wide reversal in the price of Bitcoin fails is the decrease in the overall level of liquidity. 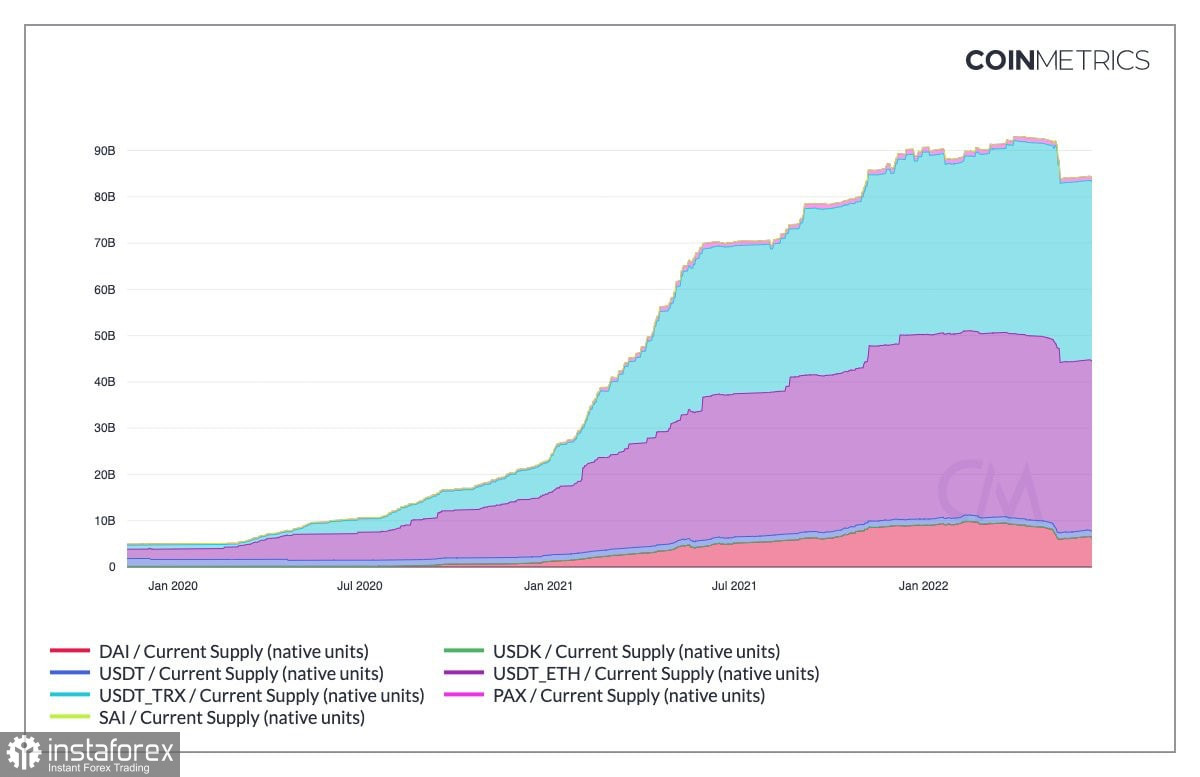 This crisis is most evident in the situation around stablecoins. In the second quarter of 2022, stablecoin volumes declined by $10 billion, excluding the situation with UST. The market saw the negative side of stablecoins, decoupling from the US dollar and vague reporting. As a result, in addition to the general reduction in liquidity associated with the bear market and Fed policies, the market has lost a lot of investment in stables due to the fallen reputation of stable digital coins. As a result, there is less liquidity and fewer stablecoins in the market, which negatively affects the implementation of bullish impulses. 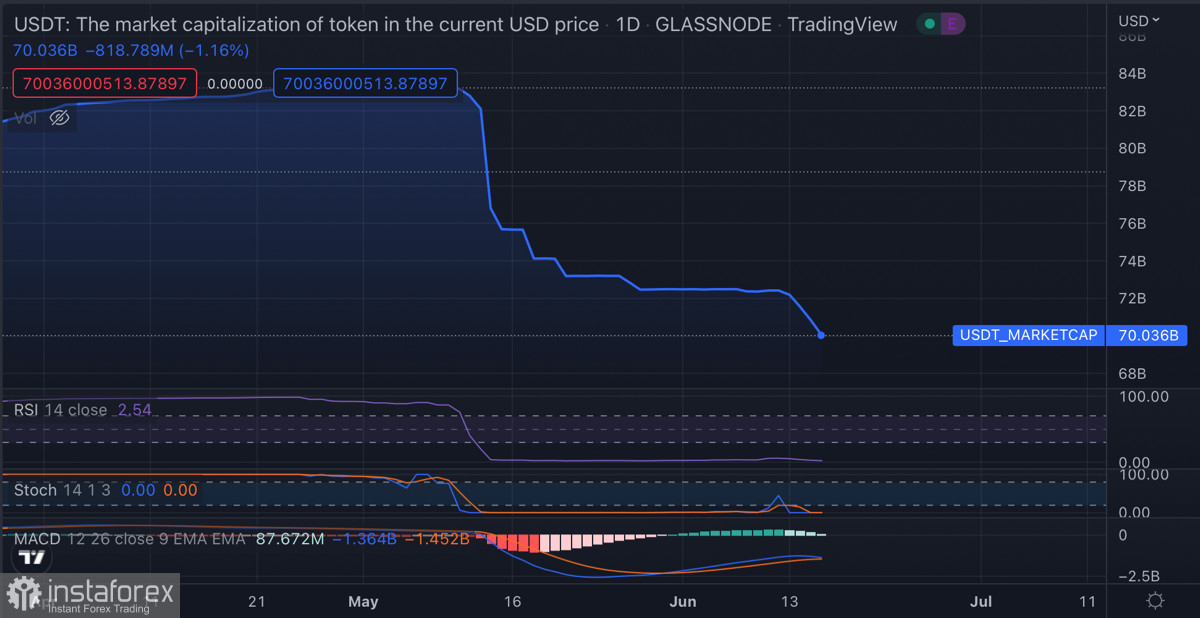 The second important factor that influenced such a powerful fall in Bitcoin was the actions of mining companies. According to Santiment, the net inflow of BTC to crypto exchanges from miners has reached a historical record of 88,000 coins. Bitcoin mining companies have faced the negative effects of the bear market, as well as the energy market crisis. As a result of the war in Ukraine and the subsequent sanctions against the Russian Federation, the energy resource market has become volatile, which directly affects the main components of the miners' activities. As a result, mining companies became the main suppliers of BTC coins to exchanges as part of the $20k retest. 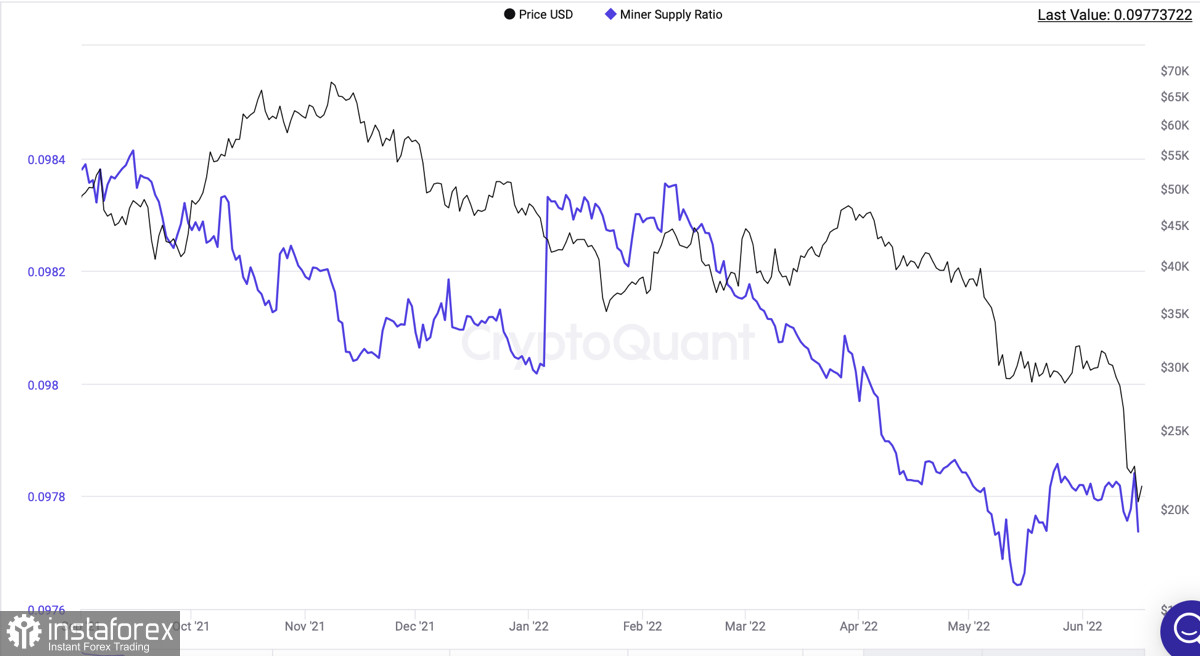 In addition to these factors, the Fed's aggressive policy, rising inflation, and the ongoing war in Ukraine should not be discounted. All these factors indirectly affect and destabilize Bitcoin quotes and the cryptocurrency market. Despite this, the market has found a foothold in the $22k area, where the BTC bulk buying is taking place. In addition, it is important to understand that as the asset consolidates above $20k, there is an increase in positions in the $16k–$19k range. If the round level is broken, the price will not be able to sink like a stone to $15k, as the $16k–$19k area becomes saturated and thus slows down the fall. Therefore, even a breakdown of $20k will not cause a violent reaction in the market and panic.

US dollar softens as PCE deflator decelerates, Japanese yen gains from Bank of Japan which suggests end of QE