Gas Crisis Is Not Enough For Europe, Is The Power Crisis Coming?

While weaker oil prices in recent months have provided some relief to consumers, the same cannot be said for European natural gas. Gas prices have seen significant strength as fears over how Russian gas flows evolve only grow as we move closer towards heating season 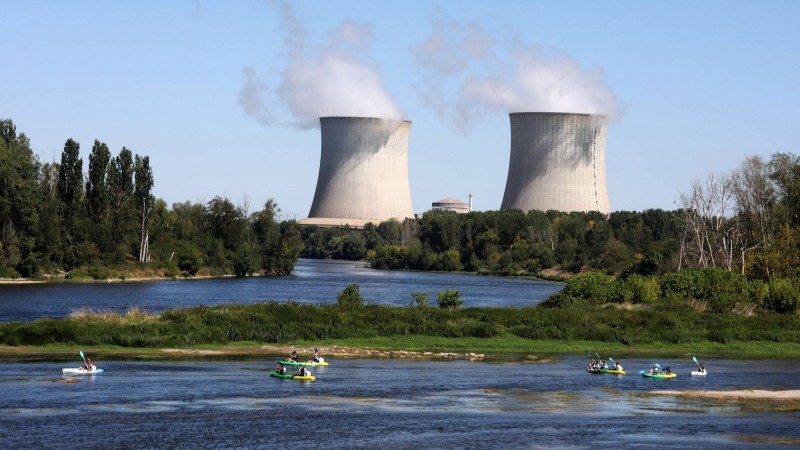 Oil demand has disappointed so far this year. Higher prices helped lead to some demand destruction, evident when looking at US implied gasoline demand over the summer. However, the big drag on demand this year is China and its insistence on following its zero-Covid policy. There had been expectations that oil demand would bounce back following the easing of lockdowns in Shanghai and Beijing in towards the second half of the year. However, clearly, we continue to see restrictions across parts of China weighing on demand. Global oil demand is expected to grow by around 2MMbbls/day this year, which is quite a bit lower than the more than 3MMbbls/d growth expected at the start of 2022.

Russian oil supply has held up better than expected and Russian oil exports are down only marginally from pre-war levels. This is despite a number of countries imposing sanctions on the country. Several buyers have taken advantage of the large discounts available for Russian oil. This is particularly the case for China and India, which have both increased their Russian purchases significantly. In addition, the EU ban on seaborne Russian oil and refined products only comes into full effect early next year, so we have not seen a significant drop in flows just yet, but this will obviously happen once the ban is in place.

As a result of slower than expected demand growth and sticky Russian oil output, we expect that the oil market will be in surplus for the rest of this year and into early 2023.  Therefore, we have revised lower our oil forecast. We expect that ICE Brent will average US$97/bbl in 4Q22 vs. a previous forecast of US$125/bbl. And for 2023, we lowered our Brent forecast from US$99/bbl to US$97/bbl.

Upside risks to this view are if Russian oil flows to the likes of China and India slow from current levels, US supply growth falls short of expectations and demand surprises to the upside - not impossible given that high natural gas prices could lead to some gas-to-oil switching.

The key downside risk for the market is a positive outcome in Iranian nuclear negotiations. Discussions appear to be progressing well and a deal could see in the region of 1.3MMbbls/d of supply added to the market over the course of next year. Although, recent comments from the Saudi Energy minister about the possible need to reduce output, suggest that the floor for the market is not too much further below the recent lows.

No respite for the natural gas market

The European natural gas market has seen significant strength over August, up more than 70% at one stage over the course of the month and hitting record levels (on a settlement basis). Concerns over Russian gas flows have only intensified after Gazprom made a surprise announcement that flows along Nord Stream will be stopped for three days for maintenance. The pipeline is only operating at about 20% of capacity right now and there are fears over whether flows will actually restart.

Strong LNG inflows into Europe continue to ensure that storage fills up, despite lower Russian flows. European gas prices trade at a significant premium to Asian LNG, whilst the same trend is seen along the forward curve, which suggests strong LNG imports should continue through the winter.

European storage is still filling up at a good pace and the EU has already hit its 80% storage capacity target ahead of the actual date of 1 November. However, if Russia were to end its gas flows to the EU completely, this would still leave the market extremely tight as we approach winter. We can expect some countries to continue increasing storage levels by as much as they can in the coming months despite that 80% target being reached.

Higher prices are already leading to a large amount of demand destruction. EU gas consumption over the first half of the year is down around 6% from the 5-year average for the same period. And this will fall further. In recent weeks, several metal smelters and fertilizer producers have announced further production cuts. If these higher prices are sustained, it is clear that we will see even further demand destruction, particularly as power/gas hedges expire for some industrials, leaving them exposed to higher spot prices. So, the strength of the market comes with increasing economic costs.

The most recent strength in the gas market has not only been driven by Gazprom’s announcement regarding Nord Stream. The power market in Europe has also dragged natural gas prices higher. This is evident when looking at clean spark spreads, which have strengthened. Despite rallying gas prices, it is still profitable to burn gas as power prices are also sky high. This will not help lower gas demand from the power sector.

It is clear that the gas market will remain extremely volatile in the coming months; not only is there uncertainty over Russian gas flows, but also around the demand outlook (in the absence of mandatory demand cuts). Low liquidity caused by volatility in markets has led to only further volatility. This is unlikely to change anytime soon and makes it near impossible to come up with sensible price forecasts. However, we believe that European gas prices will need to continue to trade at elevated levels so that the market can balance itself through the winter, by ensuring an adequate amount of demand destruction from industrials and households.

A perfect storm for power markets

If a gas crisis were not enough for Europe, the region is also dealing with a broader power crisis. Yes, this is partly a result of what is going on in the gas market but there are a number of other factors which have helped to see power prices skyrocket.

France has experienced prolonged periods of nuclear capacity outages. This is partly due to regular maintenance and refuelling, but reactors have also been taken offline due to more serious weld issues and signs of corrosion. Nuclear output now stands at around 25 GW as a result, well below levels of more than 40 GW seen in August last year. In addition, nuclear output is not helped by high water temperatures limiting the amount of cooling water that can be returned to waterways. Heat restrictions are expected to continue to depress nuclear output as river temperatures are forecast to remain above seasonal norms. France is now facing the highest power prices in Europe, while it used to have the lowest when nuclear power operated at full capacity.

The distress in the French power market is also impacting Germany due to lower exports of electricity to the industry-rich southern part of the country. Forward prices for the winter recently reached €1,000/MWh as a result, but have come down strongly in the past days after the President of the European Commission, Ursula von der Leyen informed the market that the EC is working on “an emergency intervention and a structural reform of the electricity market”. Although details are not yet known, the announcement had a sizeable impact with winter prices now trading around €600/MWh.

Europe’s hydropower market is also negatively impacted by severe droughts that limit replenishment and increase the evaporation of water reservoirs. Hydro stocks in France, Spain, Italy and Portugal are all below the 5-year average. Hydro stocks in the Nordics are still at decent levels historically. But countries are taking steps to preserve hydro reservoirs ahead of winter as fears of a long dry period mount. Norway for example is taking steps to limit electricity exports to the northern power markets on the European continent. And operators of hydropower plants have been told to preserve reservoir stocks.

Finally, Rhine water levels are now below the record lows last seen in 2018. Water levels also came down much earlier in the year compared to 2018. As a result, some river-based coal plants are facing supply issues and cannot generate as they would like.

All in all, record low nuclear power production, hydro stocks and Rhine water levels aggravate an already tight power market with power prices settling at all-time highs. This further fuels the gas market, as power plants continue to be profitable.